Help Cher Save the Elephant
My Sonny & Cher Mesostic 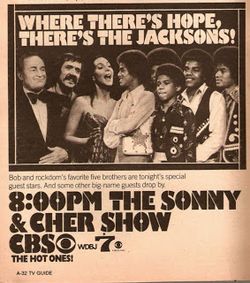 I had a breakthrough last week on my survey of the Sonny & Cher television shows. The project all started when someone wrote in to Cher Scholar to ask about a particular Vamp episode (where the characters whine for Caesar). I've always felt bad that I've never attacked this huge oeuvre of work with any real scholarship. I had just watched all of The Mary Tyler Moore Shows in a row this summer and given up cable for a while so this seemed like a good time to open out the Cher tome of television.

I have to tell you, I've found so much to talk about: memes, subtexts, latter-day ironies. Look for this to be the centerpiece of Cher Zine #4. Not this year, maybe next year. But anyway, I finally found the episode my scholaring student was seeking. It was a Vamp skit from The Sonny & Cher Show (which I'm calling the Yellow show as opposed to the Orange show), episode #9, starring Tony Randall as Caesar and Cher as Cleopatra. She's an unusual Cleo this time, however, doing either her Mary Hartman impression or rather more like a whiny Laverne Defazio. (Is there a non-whiny Laverne Defazio?) It's actually very funny but, sadly, not to be found on the youtubes or in any online stills.

I also recently found outrageous evidence of Cher actually ordering a pizza! I was so shocked I captured it with my smartypants phone. As you may know, Cher and Kathy Griffin claim Cher does not, in fact, know how to order a pizza. I'm surmising she may just not know how to look up the pizza parlor phone number. She should channel her inner Rosa.

Mr. Cher Scholar has been passing through as I've been going through some of these episodes and he said the other day how self-aware Sonny and Cher were and how he couldn't fathom any acts today willing to be so self-deprecating on a show. He said, could you imagine Lady Gaga being the butt on a joke? I wonder if maybe young pop stars might do it once or twice for fun...but I do think many stars today construct their "images" with hyper-sensitivity and would be afraid to take the piss out of themselves week after week. I don't know how many times I've heard the name Bono taken in vain over the past four months. And not only do I have trouble imagining pop stars doing this, I'm having a hard time imagining comedians doing it. Dave Chappelle comes to mind. But you can't have good variety showings without self awareness (see Carol Burnett).

I'm about 4 or 5 episodes from watching all I have available to watch. But I keep finding more in my garage. So many people have sent me episodes over the years, very degraded VHS copies hidden in tucked-away places. One year, my ex sent me some tapped off of VH1s 7 Days of Seventies; one year I begged my friend to send me some from TV Land; in 1999 I bought some on the underground market; some have been legitimately released on VHS and DVD. It's taken me time to catalogue them and match them up to online and book lists.

As I said, I have plenty of deep scholarly thoughts about the shows and their effects on culture and culture's effects on them, covering topics like

I'm really enjoying this project and it's interesting for me to think about how the shows are perceived in hindsight and how they may have been perceived at the time.