Cher Appearances for Closer to the (VCR Alert) 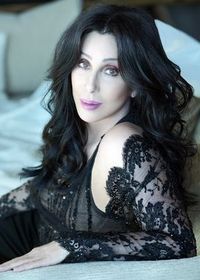 OMG…last week was a killer Cher week and I was soooo freakin busy. I felt like I was on a treadmill running from job to class to The Voice to taking Mr. Cher Scholar to the airport, and all these Cher appearances and juicy album listening parties-for-one.

This month feels like a turning point in a very awful, insane year for me. To review the last five months, in the spring I developed a debilitating three-month allergic reaction to New Mexico, I was out of work for three months in a bad job market, my husband couldn't find a job either and finishing up with his anthropology degree was a massive struggle of scheduling issues. Our hot water heater broke down and we had no heat or hot water for a week, we lost a full tank of expensive propane in a gas leak, a pipe broke and our kitchen flooded, our truck died and no one in Santa Fe could figure out why so we had to buy another car, some animal died behind our office wall, then some other animal died behind our master bathroom wall, then our landlord told us he needed to move into his house and we had a month to move and we ended up moving cities. Then our dog ate rat poison (he's fine now). And that has been my 2013 so far.

On the bright side, this year brought a Cher TV special and a new album. Mr. Cher Scholar finally got his diploma last week and found out the show he is helping out with as Historical Consultant, Quick Draw, got picked up for another season and was the most successful new show on Hulu this year. He spent time back in Los Angeles last week doing historical interviews with the show's star, his friend, John Lehr. Those should air in January.

So fingers crossed. But it is with this frazzled state of mind that I approach this crop of Cher appearances and a new album.

Wow...what a whirlwind of great Cher stuff out last week, too. I love all her appearances this season. She's happy-seeming, she's being asked interesting questions befitting her stature. FINALLY!!!!

VCR Alert: Cher Scholar Dishy notified me today that Cher will be on with Kelly Ripa's show October 1. You can see the sound check video taken by a fan. The comments of the female fan aggravated with the super-fan were funny to me.

Read the article about Cher's arrival on a hog motorcycle: http://www.mercurynews.com/music/ci_24157697/celeb-pix-cher-gets-hog-ride-today-show

Cher singing "Woman's World" and "I Hope You Find It."

During "I Hope You Find It" you could see Cher getting  frustrated with the song. This seems to happen more often since Cher has been singing with a net (with voice lessons) versus when she used to sing without a net (on the S&C Show).

I left my TV on after the concert and caught Cher with Kathie Lee Giffard and Hoda Gotb afterward. Cher stood in the wings breaking into the show to talk about lipstick and thongs. Cher said 45-dollar lip-sh*t better kiss your lips. Kathie Lee and Hoda also ran a "favorite Cher song" poll and "Turn Back Time" won, which Kathie Lee joked should be the theme song of AARP. Kathie Lee talked about seeing Cher in Vegas years and years ago (I'm guessing in the early 1980s/late 1970s) and stating that as a performer, Cher "delivers." Hoda and Kathie Lee are giddy about Cher appearing in concert there, exclaiming "and she's still here!!" Watch the official interview.

Cher admits her new single is a Miley Cyrus cover. She talks about feeling compelled to answer interview questions. She's very self-deprecating (saying she had gotten too happy with the sound of her own voice) and talks about her laryngitis from all the press interviews. She talks about a perfect Cher day and wishing she could ride her motorcycle. I loved the big Cher pics hanging in the background.

A visit to Cher's house and she talks about the Russian Olympics. Part 1 and 2.

This was an outstanding interview. First the entrance was divine to the song "Let Freedom Ring." Thank god she was belted in! He eyelashes look great and I love the short, wavy black wig. Her almost-70-year-old gams look amazing! David asked her questions about her history as a major 1960s artist. They talked about the Rolling Stones and The Beatles. Definitely one of my favorite Letterman appearances. She makes a hoverround joke. She tells the story about forgetting to do the album (which no fan I've yet spoken to believes is plausible) and about how her record label wasn't hounding her for one. But her manager was. They talk about Janis Joplin and tattoos, Jimi Hendrix, dying for your career, the wrecking crew members, Darlene Love and working for Phil Spector, Sonny getting his nose broken, Paul McCartney still kicking ass, Brian Wilson and twerking. She clarifies that she wasn't apologizing about her Miley comments but shouldn't say everything she thinks. She likes the Milley song and video.

She also sings, "I Hope You Find It" live. I've decided Cher has the pretties eyelids in show business.

This might be a good time to visit her first Letterman appearance back in the early 1980s to notice how far this love-affair has traveled through show-biz time.

The lyric video for "I Hope You Find It" was also released last week. I love it! Beautiful.

I finally read the extended interview for the CBS morning show. Wow, they left out so much good stuff for TV! Much of this was about Sonny, understanding why bands wreck hotel rooms, her outfits and Mackie and more elaboration on what clothes mean, ("...clothes don't do anything. Clothes are nothing. Clothes are pretty. They're just to keep you warm, to keep you cool, or to be attractive..."), and why style became important to her during The Sonny & Cher Comedy Hour. She elaborates on the Rock and Roll Hall of Fame and the early style of Sonny & Cher. She talks about Colleen and Bridget. She also talks about the temperments of Sonny's children. That was interesting. She talks about paparazzi and the paddle-boarding photo from Hawaii a few years back, working with Bernadette Peters' vocal teacher, about being so honest in interviews (and Meryl Streep being worried about that), working with George Miller, why she didn't think Midnight Run would have worked with her and whether or not she's consciously ever tried image making.

Hollywood Life has a nice blurb of a story: http://hollywoodlife.com/2013/09/23/cher-today-show-womans-world-new-tour-video/

I found an 'old' interview in Macleans from September 8: Cher talks about meeting Eartha Kitt at age 14 and taking mental notes, her famous cover shoot for Time Magazine, media training and the awful Peter Bogdanovich interview. Macleans mistakenly labels that interview being from the Time Magazine of 1975 but it was really the Saturday Evening Post of 1966 (Cher Scholar in action!). She talks about abortion laws, feminism, "The Greatest Thing," loving Pink's song "Dear Mr. President," being ahead of her time with drag queens in her shows, wanting to write her autobiography (hell, yeah), and helping with the upcoming Broadway piece, modern fashion being too subdued, and her alternative comments about fashion and clothes, "Superficial things can be so powerful. They can lift your spirits. I've definitely found a place for them."

The Cher list of Yahoo posted this amazing thing, 25 Things You Don't Know About Me. I really laughed at this one: "The day I moved out of my home in Holmby Hills, I found a room I never knew existed." I was thrilled to read she had an elephant collection. I have one too that I'm going to sell in a garage sale this spring (along with an eraser collection--I have way too much stuff) and considered for a moment sending Cher the best of my elephants but then, in a reality check moment, I realized she's probably going to be sent a million elephants right about now after admitting that she has a collection of them.

She once crashed in a small plane???? WTF! What the hell happened?? We came that close, Cherfreaks, to the death of Cher??

Balinese!! That's how you spell that.

I love that Deacon Jones taught her the finer points of football. I was working at The Prostate Cancer Foundation when Mike Milken talked Cher into performing for one of his benefits (I wasn't invited, dammit, but I do have a video of it) and my awful boss there hosted a disastrous event with the Fearsome Foursome. I was in charge of wrangling Lumar Lundy, who was a sweetheart although when we first tried to contact him, he kept hanging up on me, thinking I was a zealous football fan...I had no idea who he was. Rosey Grier (who worked with Mike Milken and was very kind to me when I worked there with that lousy boss, and whom I would discuss voting for Fantasia that year on American Idol) had to step in and tell Lamar to take my calls. Anyway, this is just a long digression to say I have a Fearsome Foursome poster signed by all four players and that Deacon Jones hit on my friend Julie at the disastrous event down at Tony Ps in Marina del Rey. I have a picture of all of us there somewhere. That's my memory of Deacon Jones.

My friend Julie as something else in common with Cher. She too cried when she lost a $100 poker chip in Las Vegas.

Cher also did a fan chat on Twitter and Reddit has the transcript (I haven't "read it" yet). Thank you to Dishy for sending it to me: http://www.reddit.com/r/IAmA/comments/1nc4sk/i_am_cher_ask_me_anything/ Last but not leased, tour dates were released!

The closest place for me to see the tour is in Phoenix which will be opening night.

The competition to get Cher concert tickets always makes me nervous. I've never enjoyed the day tickets go on sale.

What if I can't get good tickets? What if it sells out? What if I oversleep that day or my Internet goes down?

When I was a kid, I used to go down to the department store to get concert tickets, wait in line at 5 am for tickets to go on sale at 10 am. Those were the days of standing in the cold and worrying about line butt-inskies. We always got good seats that way, though. Now you're fighting with the pushy cyber-masses.

Cher Appearances for Closer to the (VCR Alert)

the line about forgetting to make a new album....I think it was more about the enormous upheaval in the music business that has occurred since her last release. Probably one of her smartest moves as she has increased demand for new product from her. Without suffering some of the embarrassment of poor sales or being ripped off by having her whole album leaked and downloaded illegally.