After decades of dissings, then surprised condescension at her success in the 1980s, then the 1990s of affected interest with the turn into occasional accolades and credit, the excitement of this round's interviewers is palpable. I’m chalking it up to the inarguable facts of her career piling up and The Cher Show kids finally finding their asses in interviewing seats. It’s truly extra-ordinary and Cher is responding with her grown-up voice and is downright verbose in her responses.

One of my favorite pile-ups of accolades was from SoSoGay,

“Before Beyonce, before Gaga. Before Rhianna and before Katy. Before Britney, Christina, Cyndi and Celine. Before Whitney and Mariah, and before Madonna. Before colour television, before the Vietnam War, before man walked on the moon. Before the decimalized pound. Before everything, before time immemorial…There was Cher….this shimmering vestibule of unrelenting fabulousness….her sparkling tsunami.”

Ed Brody, the author, tells me Burlesque was amazing and to get over myself. I laughed at that. I wish I could. But that's the cross a scholar bears.

Here's more overview of the love:

Candidness: Cher seemed so much less guarded in her face, body, and with her words.

Cher was great fun through all these shenanigans. 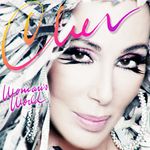 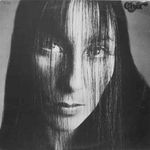 On Live Chat NY, Cher says she Pink, Adele, and Amy Winehouse; On XM she said she still has her favorite go-to song (but said it makes no sense) as Procol Harem’s “Whiter Shade of Pale.” SoSoGay reporter mentioned that her song from Not.Com.merical, “With or Without You” taps into that Procol Harem sound. 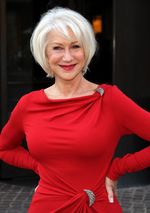 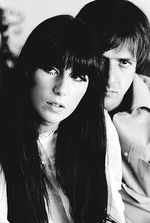 In the New York Times, Cher admits her limited movie offers might be due to her wrinkle-free visage, that her look might make it “hard to be anyone but Cher.” She said this idea “didn’t feel very good. But it was true. I get that. I understand that.” She was also asked about Chad Michaels allegedly having surgery to look more like her: “If it doesn’t bother him, it doesn’t bother me. I don’t feel creepy. I don’t.” 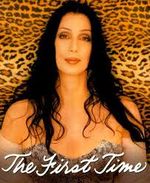 To Andy Cohen, Cher admitted she once wrote "a half-assed book." But before she write the bigger book, people have to die off. She said she and friend, Paulie, talk about it all the time.

My iPod shuffle served up the Sonny & Cher b-side “Hello” during Cher’s big June/July press push. I was taken by how far she’s come in her confidence.

We've also come to a point of critical mass in her career, where no one (including Cher herself) can pretend this is her first album, movie or project and dismiss or ignore all the preceeding history. I love it when she talks about experiencing showbiz over so long a period of time and, as you can see, all these interviews reflect the breadth of her work, from live shows to TV shows to music albums to being a fashion icon. It's all here.

Delectable post Mary! I loved the Cher fever during this mini promotional phase. Can't wait for September's big push. We are in for quite the ride.