Cher Likes New York in June, How Bout You? (And VCR Alert)
Another Radio Interview During Past NYC Week 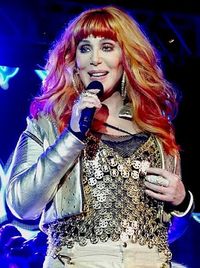 News and Pics of Cher at The Pier/Gay Pride 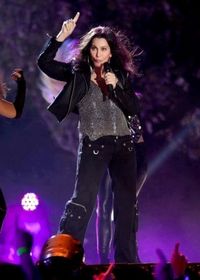 She looked so lovely at this, by the way. Total charmer. Mr. Cher Scholar's comments: 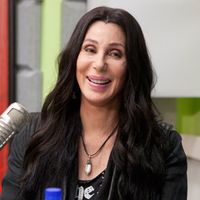 I'm telling you, the way interviewers are making over Cher, the excitement and respect they give her...it's so remarkable. It kind of made me verklempt. And she's so giving and patient with all their fawning. 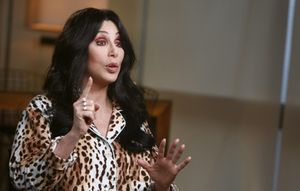 Cher was on The Today Show this week in her pjs and not last week. So I missed it like I'm missing everything else in this press junket. Thank the Cher Gods for the Internet. Great interview.

Best clip with the hosts fawning over her afterwards. 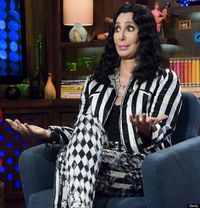 Cher scholar Robrt made the astute connection between Cher's outfit on Andy Cohen in June "those wild matching outfits she and Sonny are wearing on the back of their second Atco LP." Brilliant!

When I met Cher at a CD signing, I blogged like a nerd about it (just to process it, man). I see Anderson Cooper has done the same thing but using his media-source CNN: http://www.towleroad.com/2013/07/anderson-cooper-apologizes-for-fawning-over-cher-video.html (Thanks to Cher scholar Dishy for sending.) Cooper outs Wolf Blitzer as a Cher fan. Speaking of Anderson on Andy Cohen, I am always interested when when Cooper talks about his mom, Gloria Vanderbilt.

Queerty.com then makes fun of him for doing so: http://www.queerty.com/anderson-cooper-dresses-in-cher-drag-wants-to-braid-chers-hair-20130704/. (Thank you Cher scholar JefRey for forwarding.)

After Andy Cohen taping a New York Times reporter did a story: http://www.nytimes.com/2013/07/04/fashion/cher-talks-about-what-else-being-cher.html?pagewanted=2&_r=0&emc=eta1 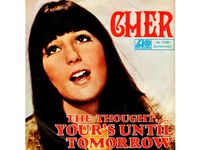 Great Idolator Pieces
Thanks to Cher scholar JefRey for sending...

"18 Reasons Why Cher is Fundamentally Awesome"

The memory-lane of Cher Single Covers

I want to talk more about the highlights of all this press coverage but me paws still ailing (thanks to Bruce for your advice...yes it is my upper back causing all the drama), so look to that in the weeks to come. Lots of great stuff to digest.

Gloria Vanderbilt...
just like
Carly Simon whom comes
from the SIMON&Schuster's
some people definitely
had 'silver-spoons'
in their mouths at one time.
Yes, i'm jealous... :)
I WANT to live at 740 PARK
AVENUE!!!!!