Woman’s World was released this week on June 18, 2013. I’ve been realizing over the last few days that this single is the first Cher single released in a post iTunes world, the first CD released entirely digitally. It makes me feel kind of naked and missing something as a collector as I'm missing having another compact disc, cassette or 45-single. Times have sure changed in this lifetime of Cher singles. What do I add to my shelf? What liner notes can I pour over? But will there be a collector's single?

Kids don’t even have CD players anymore. I have a broken one in a boom box. I still have a CD “walkman" I never use because I use my iPod exclusively for music when walking. And I have a CD player in my car which is the only one I use.

Cher’s last album, Living Proof from 2001, predates iTunes. I do remember hearing samples of the songs online and I don’t remember what format they were in. I do appreciate how Cher has embraced the changing world of music delivery and social media, as her new website shows. As other artists complain about the new paradigm, she carries on.

As for the single release yesterday: I like the crispness of the download. The remix seems like it has more nuances, more depth in sound, some contrast, some extra trills. I like how Cher’s vocals have more variety, going up in places where I don’t remember them going up in the earlier version(s).  “Come togEther now” and “EveryBODY in the club.” The build up of the synthesizer bed is more dramatic and interesting. Don’t care much for the shuffling end. But I DO appreciate that we don’t have to listen through a spoken-word intro on yet another Cher dance track. It’s interesting what a few little changes can do to improve upon a thing.

The single cover: Is it me or does this cover look very Gaga? Eh.

The video with the paper-hair wig has not surfaced yet; but there is an “official lyric video” up inspired by the postcards from the 1940s which are all the rage now in feministy-joke-form.

I like it alright but it's lacking the charisma of Cher.

More remixes popped up as well on the Utubes:

I’m still trying to figure out the whole remix thing. Since I don’t go clubbing, I can’t see it from an athletic standpoint. It seems different ones have different energy and counter melodies. So it seems a very subjective thing, which remix you gravitate toward. Can someone else elaborate on the secret art of remixing for me? Now mashes I get and totally love. 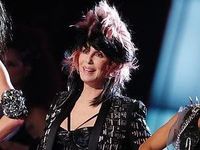 My husband asks how she was going to sing this live on 2013 finale of The Voice. After seeing it, I really couldn’t tell. It didn’t sound like the record to me. It sounded breathy like her usual live performances and imperfect but I wouldn’t stake my life on whether this performance was live or not. I appreciate the fact that they always hold Cher out to the very end of live shows. It is a testament to her power to hold viewers. But I never feel her act is quite the showstopper that say Bruno Mars was doing that Jacksons homage. I love how they introduced her with her plethora of her awards. I liked the purple Mohawk wig but never did get a comprehensive look at the outfit. The strobe lights didn’t help make me feel high NRG about the performance. And the dancing wasn’t as thrilling as the Bruno Mars simple-but-effective overall effect. But then again, none of the other acts really had much good in the way of dancing.

I really liked the show but then I find all finales pretty exciting. I liked the remix of “Take on Me” by A-Ha in the Christina Aguilera and Bitbull performance. But visually it was very “tacky party” to me. I enjoyed all the clips of the judges (since I’ve never seen the show). I love, love, loved big nose girl, Michelle Chamuel! She was my favorite of the contestants. Overall, Mr. Cher Scholar and I felt the quality of singers was better on this show than on American Idol. Many times, Mr. Cher Scholar called out from the other room that he couldn’t tell if a performance he was hearing was by a contestant or a professional. Seeing Nelly was a treat! I love him, loved the country/rap mashup. Bob Seger was definitely the highlight of the show. Wished he was singing “Night Moves” solo. What a great song. It was overplayed too much when I was growing up but it’s really first-rate. Talk about a voice. And what great teeth. 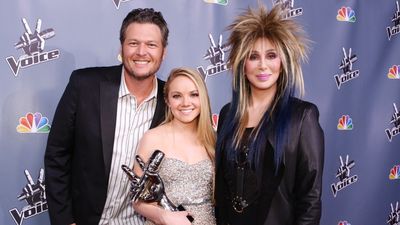 Cher with the winner(s): Danielle Bradbery and Blake Shelton 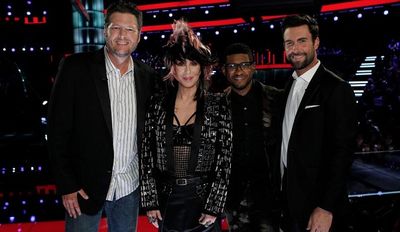 The full outfit view. Are those Hammertime pants? 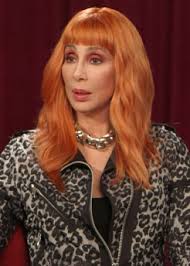 Mark Steines of Entertainment Tonight interviewed Cher for 30 minutes on LiveStream before the show. He used some fan questions plucked off Cher’s twitter page. When I was on, it looked like over 4,000 other people were on, too.

They discussed the new paradigm in selling music. Mark asked if albums still held value and Cher said for an artist the iTunes system wasn’t so great but for the music buyer it better enabled them to make choices. He asked her how she stayed relevant and if she had advise for young artists. She begged off both those questions (“I haven’t got a clue.”) She said she loved Pink and her music. She said it would be hard to bring back the variety shows considering their pace and the success of reality shows. (Saturday Night Live is such an affront to the idea that variety show is dead, though). She talked about her Lovelies and learning to tweet, her favorite memory. She revealed that one of the bonus tracks is a Diane Warren song. She talked about her favorite outfit (1986 Academy Award outfit). She talked about Sonny’s meat pasta sauce and how she makes it with chicken and penne (Hey, howabouta Sonny cookbook??). She said if she ate at Mark’s she’d like grilled hot dogs with the cheese inside with BBQ sauce and mustard and a chocolate malt. They discussed bikers vs. truckers. Cher said Dr. Pepper is a must have for her backstage and she commented on how cheap the Dr. Pepper company is for never giving her free Dr. Pepper after all her years of talking about loving Dr. Pepper.  (“They’re so cheap, they never gave me anything.”) She talked about her upcoming

appearance at The Pier Dance. She’s still a nervous performer. She said she’d be a great (and kind) judge on a talent show. By the way, was she wearing brass knuckles?

She’d like to continue to make movies, something independent and gritty, something un-Cher like (my Cher-movie fantasy). She talked about loving writing her new Logo series and loving directing. She would love to direct Morgan Freeman who she said was honest and full of depth (agree totally). She talked about seeing the restored version of the original movie Frankenstein recently and how it made her sob. She told the story about Sonny meeting U2s Bono in an elevator. She talked about crafty shows she likes, The Brothers, Love it  or List It and Long Island Medium.

According the preorders, the title of the full album will be Closer to the Truth and it looks like two versions are available on iTunes, a regular 11-track version and a deluxe 14-track version (with 3 bonus cuts). Amazon is only offering only the 11-track version now. Cher.com is offering a collectors edition through its site, the digital deluxe album with a lithograph. If you signed-up on Cher’s webpage to get information about “Woman’s World,” you received an email Wednesday about the “special fan edition.” I must say, Cher.com is on the ball. Whoever is working her social media, bravo! It’s all coming together for this project.

During Cher’s interview with LiveSream, Mark Steines announced that the first 500 people to order from Cher.com would get a signed booklet. Of course I surfed right over there before The Voice appearance and tried my little heart out on three browsers but the WarnerBros site was locked up every time I tried to order. In fact, my Chrome browser purchase, (where I made it through to my payment information), hung up in a processing mode all night long until I finally shut the browser down the following morning. Meanwhile, my husband tried on his computer and got through right away. Can you believe it?? He said  it was because he didn’t want it badly enough to jam up the servers. He said if it was a collectors Chief’s football jersey, I would have gotten through and he wouldn’t have. Which brings us to... 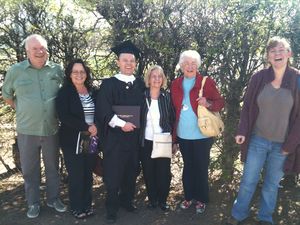 So not only was Mr. Cher Scholar very helpful in snaring me a collector’s CD from Cher.com, but I also wouldn’t have been able to watch her on The Voice without him. We gave up cable three weeks ago and switched to Hulu. Hulu wouldn’t have posted the finale until the following day but I assumed I would be able to watch the show on NBC’s streaming live site. Right after work I tried it and NBC wanted me to download special software for streaming video (totally unnecessary). When I went to download it, my virus software warned me the add-on was really suspicious ad-ware.

I expressed severe disappointment at this (only Cher Zombies know what kind of sad wailing I refer to here) and Mr. Cher Scholar not only convinced me that we could make it to Radio Shack for an antennae (looking up the airtime online after I was two lethargically deflated to do so), but he helped me set it up in time for the show. I was a mess and it took Mr. Cher Scholar to make me snap out of it.

See the pic of him above graduatin' with his Masters last month.

I loved this post. So many happy memories of the past week encapsulated in one space. The song was sung LIVE with a backing track. It was low in the mix but there. She missed a few cues but what does that matter? I didn't think there was any dancing at all on her part. I agree the strobe lights and production of her segment weren't on par. It was dark and not enough close ups. All in all, the wonder of Cher never ceases to disappoint. Although with that she has everybody a buzz, this is what does best!

Great post....
i gave up cable 3 years ago and don't miss it in the least...
Did you notice the top that Christina was wearing over her pink bra? I'm sure it was a gift from CHER and made my Kansas Cities own Michael Schmidt.