June 18, 2013: A Day of Chertasticness
Cher Pushes into July Publicity

Cher Likes New York in June, How Bout You? (And VCR Alert)

Unfortunately I have been felled temporarily this week by carpel tunnel and much melodrama related to that (crying jags, garment renting) so I've behind in all the Cher appearances of this week. I can't type much (to save my arms and hands) but I'll post what I've been sent.

The Voice Wrap Up:

Blake Shelton on Cher's performance and what it meant to him: http://www.wetpaint.com/the-voice/articles/2013-06-24-blake-shelton-favorite-season-4

Cher on her performance (to Access Hollywood): "It was awful at the beginning... Because my voice has been really bad lately. I was frightened, but I knew I had to do the best that I could. It was probably not the best that I'll ever do it, but it was definitely the best I could do tonight." Cher talks about her look as Luxe-Punk: http://www.cherworld.com/cher-news/cher-discusses-the-voice/

Host Carson Daily said: "It was so crazy to see Cher on the stage. I've been very lucky to watch Madonna, Paul McCartney, Michael Jackson. I've interviewed them, I've talked to some of the greats, but watching Cher tonight, that sort of completes my personal volume of icons in music."

Results of "Woman's World" the Charts (sent from my friend Christopher, my Billboard chart-watcher):

from Paul Grein of Chartwatch on Billboard:

"To My Readers: Cher’s “Woman’s World” didn’t make it this week.   It sold 26K digital copies to enter Hot Digital Songs at #79. I thought that might be enough to do it. Alas, no."

Christopher: "Hot Digital Songs is the sales chart for digitally purchased singles. The low ranking on the sales chart, when combined with no significant radio play, failed to generate sufficient overall points for the song to make an impression on the Hot 100.   :-( "

'Woman's World', which was a top 50 seller on Amazon and iTunes, has entered Billboards Hot Digital Songs chart at number 79, with sales of over 26,000 copies. Perhaps more importantly, the song has entered Billboard's 'Bubbling Under Hot 100 Singles' chart at number 25. The 'Bubbling Under' chart showcases the 25 songs that are sitting just below Billboard's main 'Hot 100' chart and that have not yet entered the main chart. 'Woman's World' has unsurprisingly made a big impact on Billboard's dance charts; it debuted at number 7 on its Dance/Electronic Digital Songs (sales) chart and number 16 on its Dance/Electronic Songs chart (sales, airplay, club play, streaming).

Sadly the bubbling under chart is not great boon. It means the single is charting over 100. Top 41-99 is not a hit. So over 100 isn't great. But it could gain momentum yet. 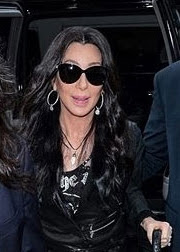 Watch video either at: 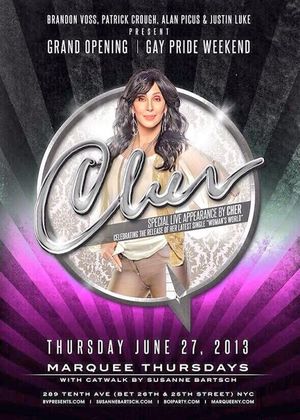 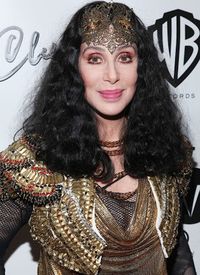 Watch the video at: 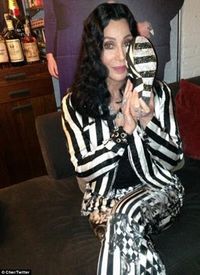 Watch it on the Tubes: 1, 2 and 3 and AfterShow later and more later.

The ramp up for this show was called Cher Magedon and Cher scholar JeffRey sent me the promos which are hilarious... 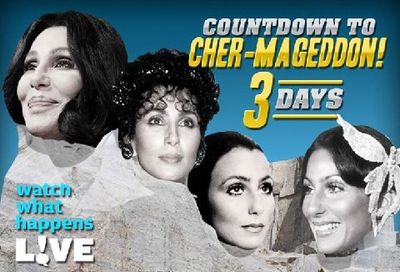 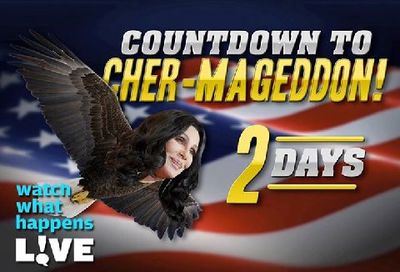 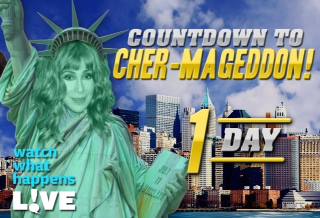 Talk about an American treasure. The Queen reigns. I'll talk about these interviews more when my hands aren't freakin killing me. But I will say I love how relaxed and open Cher is in all of them. So nice, so nice.

Fan video and video from very very far away (for some reason this is interesting to me; imbibing with out paying...so fun!). Cher was reported to debut the song from the new album, "Take it Like a Man."

Today I noticed there is a reported album leak with the following track listing:

I didn't download the album myself because (I'm not that innocent), I was afraid of a virus.

"Full piece will air on Thursday, July 4, at 10:00 am ET, via satellite on The Blend, channel 16, and Thursday, July 4 at 2:00 pm ET on Studio 54 Radio, channel 54, and through the SiriusXM Internet Radio App on smartphones and other connected devices, as well as online at siriusxm.com. For rebroadcast times, please visit www.siriusxm.com/townhall"

A clip is posted on Sirus XM

It's all so exciting. By the way the album leak isn't a leak. It's Malware hoping you'll add it to your computer. Good call in not uploading it. I was one of the lucky ones to get a signed copy of the CD on the pre-order! So much CHER...weeeeeeeeeeeeeeeeee

Hope you hands get better soon. If you can have someone massage your neck/shoulders too...it's all connected to the carpel tunnel syndrome.