Not Bad for a Shy Girl
Honky Tonk Woman Review 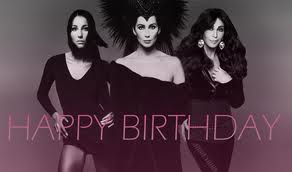 I'm back! Just a day late of Cher's 67th birthday!

This graphic was very elegantly put together by the site CherLove,the ultimate site for great Cher photos.

The site Queerty, (Free of an Agenda, Except that Gay One), has a nice Cher timeline set up in honor of her birthday. Of course there are errors and it's fun to catch them:

I know Cher isn't too keen on aging but I visited the Philmont Boy Scout Ranch over graduation week and I bought a book of Waite Phillips' epigrams. Waite Phillips was an oil tycoon who gave away most of his wealth before he died, a huge chunk to the Boy Scouts for New Mexico adventurings. Btw, I found out that girls can now join the Philmont Boy Scout Ranch summer treks through their co-ed Venturing programs. Although I'm skeptical of the recent decision by the Boy Scouts regarding gay counselors, I wish I would have had Adventuring programs when I was a kid. Girl Scouts never did anything too adventuresome and I dropped out after one year. Maybe they should have invented FagHag Scout Camp for me. I would have fit in well there: hiking treks by day, glitter crafts by firelight.

Anyway, there was one epigram in the book that reminded me of Cher and aging:

The best insurance against melancholia, depressions, and sense of futility in old age is the development of wide horizons and the cultivation of mental elasticity and interest in the world. Many of the happiest individuals in the world are men and women in their sixties, seventies, or eighties who have contributed richly to human betterment during their maturity and at the same time have cultivated activities to make retirement a pleasure. The older men grow, the more they should realize that it is only by putting the focus of their activities in some movement or activity greater than their individual ego that can attain reasonable peace in old age.
-- W. Beran Wolfe

So I'm sure Cher would think what a stuffy bit of crock but nonetheless, words to the wise.