TV Alert: Cher to Be on Leno and Ellen
The Agony and the Ecstasy of Phil Spector 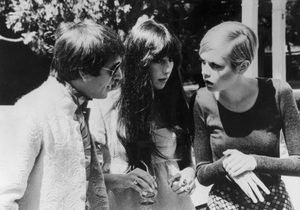 Here is an old photo of Sonny & Cher and Twiggy that popped up on the Internets recently. What clean hair they've all got.

Cher has been tweeting that she has finished her album and this was picked up by many news outlets including The Huffington Post and ABC News Video with the headline, Cher Reaches Out to Young Stars After 12-Year Break.The video remarks that Cher "has made as many comebacks as a Clinton." Ahem...I rather think the Clintons are still in the process of having a Cher-like number of comebacks...if you do that math.

In the same tweet-span, Cher also talked about visiting Chaz in a musical on a break from final album tweaking:

...went to see Chaz in an unbelievable musical! It was so funny and everyone was great! Got home at 12:30...

Chaz is also breaking out in the news cycle this week due to stories about his 60-pound weight loss. The UPI story. 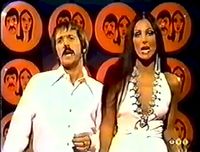 I have a long list of video links that I've been meaning to talk over. This one I love for many reasons. According to the post where I found this opening clip of The Sonny & Cher Comedy Hour, "I Need You" is from Episode #28 which aired on November 10, 1972. I don't remember having seen it before. But those outfits I remember because I had a calendar when I was a kid and one month was devoted to S&C in these outfits. I kept the calendar page all these years. That's what a Cher hoarder I am. It's nice to see the video that reminds me of my Cher hoarding problem. Secondly, the video is full of classic Sonny & Cherisms: hair flipping, tongue rolling, wardr

obe issues, rocking back and forth, singing to each other (I've noticed Dolly and Porter never so much as looked at each other), Sonny with his hands on his hips, Sonny with his paws all over Cher (see right), lots of whoos, Cher mocking Sonny, Sonny & Cher laughing at some inside joke and lots of polyester perfection. For all these reasons, I consider this video High Period Sonny & Cher. 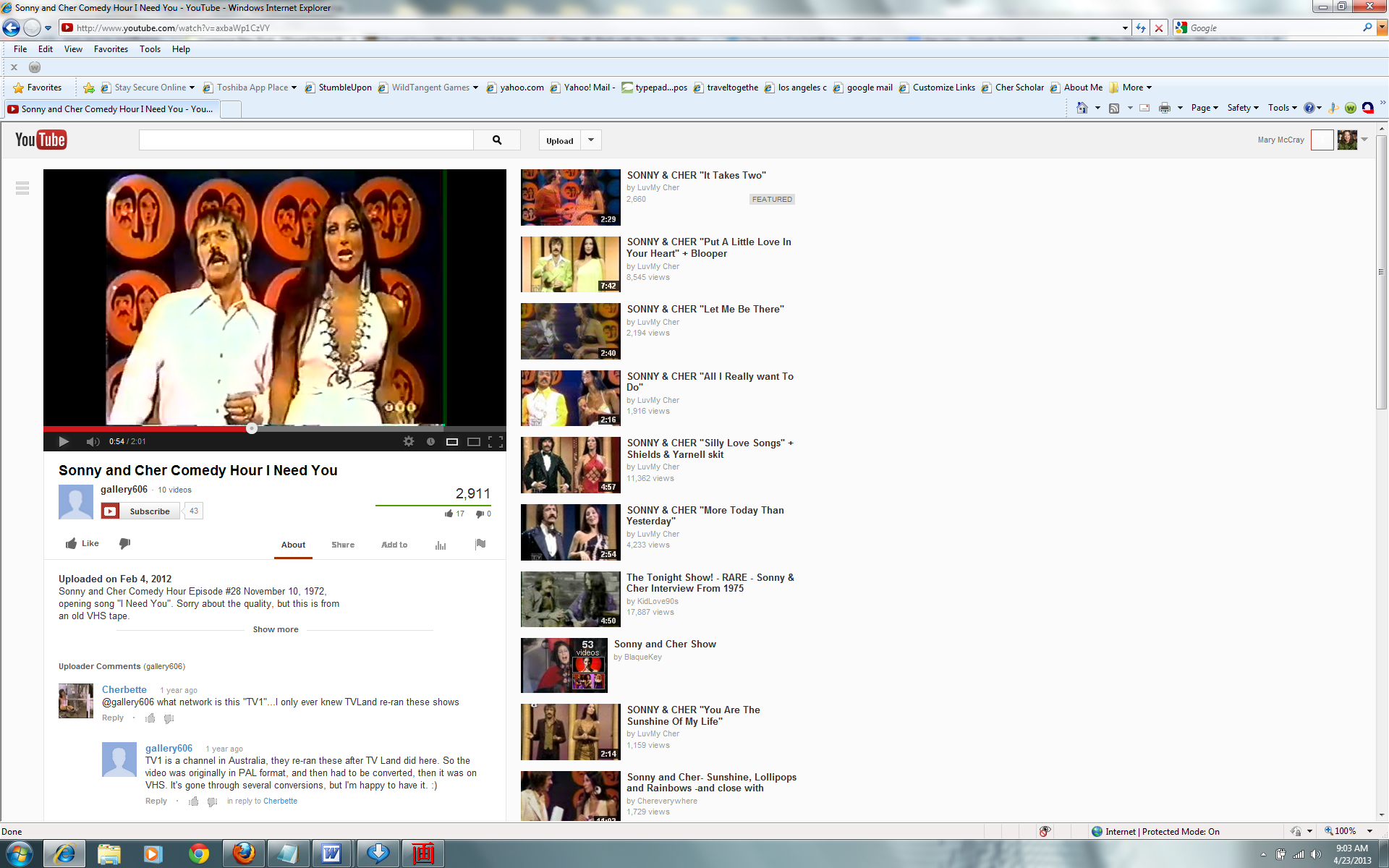 Posted at 08:15 AM in History, Music, Peripherals, Television | Permalink | Comments (0)