I've was off from Cher Scholaring for a few weeks while I did some local book talks for Why Photographers Commit Suicide and then hosted some girlfriends for a Sarah Lawrence reunion weekend in Santa Fe. I talk all about it in my other blog, Big Bang Poetry. 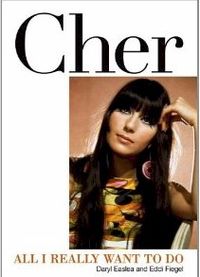 While I was gone, this new Cher book popped up in our Cher Universe, All I Really Want to Do  by Daryl Easlea and Eddi Fiegel. Now these are the same two writers who put out the You Haven't Seen the Last of Me coffee table book on Cher last year through Barnes and Noble.

So is this book a retread of that one? A rehashed book with some fixes? Or a brand new book?

Disturbingly I'll have to purchase it to find out. 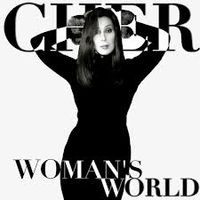 So it's already March and there is no build-up going on for a new Cher album. There are only rumors she will perform at next year's Grammy awards (but didn't she say that last year?). Sure enough, her latest twitter reports indicate that the album may as yet be unfinished.

GPhilly put it well as a tack-on to her tweet about all these delays:

Pop goddess Cher took to Twitter over the weekend to talk about her new album, tweeting, “As an artist whose last release was 11 yrs ago!I  want 2 sing my heart out! Some think I haven’t sung because I no longer Can..Its is why I’ve taken so Long..I want it 2B perfect.” The release date is scheduled for not-soon-enough.

'All the songs in this CD have notes so high only dogs will hear them!' Cher claims. 'Notes should go lower as singers get older. Ahh…well… You Haven’t Seen the Last Of Me blew that! Think those are my highest notes? All of the songs on this CD have choruses that are nose bled/break glass notes!'

Both Cher World and Cher News reported on Cher's comments about the new DJ Mz Poppins remix of "Woman's World."

Cher called it "Truly Superb!...don’t know how she got vocal only??" Cher also said “Had To Hear It JUST One More Time ! You Rock’n It With Those STRINGS MZ”

Cher World says, "In my opinion it is by FAR the best remix of Woman’s World, much better than the original remix from Paul Oakenfold.  This version is unique and makes you feel!"

I totally agree that this remix pumps some life into the song. Although the ubiquitous drum beat intro to these remixes truly fatigues me in my old age, I like the stronger driving main beat and the weaving synth...all which detracts from the lackluster lyric. Her remix also gives the song distinctive movements, specifically halfway through with "Love hurts" we slow back down for a rebuild. All mucho interesting. The DJ Mz Poppins remix can be found here. 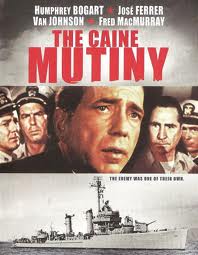 Cher News has been faithfully following Cher tweets (it's truly the Lord's work) and reports Cher's news that she will be returning to TCM in April to co-host a Friday night show with "Robby" Osbourne.

John and I just watched The Caine Mutiny (1954) with Humphrey Bogart this weekend on TCM. I love that movie. It foreshadows Jack Nicholson's infamous breakdown in A Few Good Men and has a great scene with José Ferrer dressing down his clients in the final scene. There is no clear villain in this movie. You actually feel bad for Lt. Queeg.

American artist Mark Koelek released a solo album this month called Like Rats which includes a cover of Sonny & Cher's "I Got You Babe." Lindsay Eanet in Black Book Mag gives it a good review: 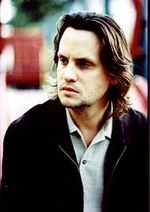 "Mark Kozelek Covered Sonny & Cher and It Is Beautiful...

...one of the standouts here is the stomach-dropping closer, a simultaneously gentle and devastating take on Sonny and Cher’s “I Got You Babe.” And how quickly the warm, fuzzy Sonny and Cher classic turns into a spare, heart-wrenching tale of desperation, of a broken man, down on his luck, clinging to the one thing he has left in this life: his babe. This is how you do covers, people. Kozelek is a reminder that covering a song can actually still be an artistic statement and really create the song anew as opposed to just making overly precious folk versions of rap songs for YouTube, perky college a cappella arrangements or soulless, grinning Glee soundtrack reproductions. And thank God for that."

Never has "I don't know if all that's true" sounded so desperately resigned. You can buy the song on iTunes. 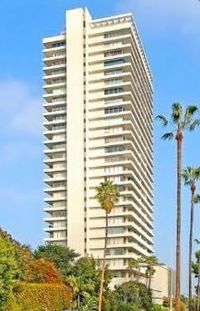 What would a three-to-four year period be without a former Cher residence not going up for sale? I imagine a strange Chertopia forming, where every house in the western world is bought by Cher and redesigned to be resold looking Mediterranean, medieval, middle-eastern or in some way Cher like. A homogeneous Levittown-cum-Chertown.

Just look at those Cher windows and tell me I'm wrong!

Cher is now selling her two-story remodeled condo in Sierra Towers in LA, ending her relationship with a residence along the lines of a similar pattern: she met it, bought it, changed it over (dating phase), photographed herself in it for Architectural Digest (wedding photos), and then decided they should both see other people, hopefully with a net gain for herself of 1 million dollars.

Allegedly her condo is the only two-story condo in the building, with neighbors such at Courtney Cox, Elton John and Joan Collins. She bought it in 2006 for $4.5 million and is listing it at $5.5 million.

If you're interested in moving in, the building boasts a 24/7 concierge service, a gym, a pool, a sundeck and her condo has panoramic views.

In other news, Contactnews is reporting that Cher's son Chaz has lost 43 pounds. From the picture, it appears to be true: http://www.contactmusic.com/news/chaz-bono-loses-43-pounds-on-health-kick_3513240

The photo caption claims Chaz is walking with his girl friend. She looks strikingly similar to Heidi Shink. If so, are they dating again or did the caption mean to say girl [space] friend?

The site Ultimate Classic Rock has named Cher one of the Hottest Rock Star Ex-Wives: http://ultimateclassicrock.com/cher-hottest-rockstar-ex-wives/

...although they admit she's "a legend in her own right." This is a nice nod coming from a classic rock site, I think. Did you know Allman has now racked up 6 wives? As Mother to Cher Scholar would say to Mr. Allman if she ever met him with this factoid, "maybe it's you."

The picture to the right is from the Richard Avedon photos that became the cover of her Dark Lady album in 1974, a year before she met Gregg Allman, before she was to become the ex-girlfriend of David Geffen. I look forward to the list that accumulates the hottest gay beards.

On Twitter, Cher posted the photos of her recent contest winners. What a bunch of lovely faces!

See all the photos by visiting Cher World, Cher News and more video set photos on Cher's own Instagram page!