Three Albums I Got For Christmas

Due to my prolonged cold-flu-cold series of illnesses in November and December, I didn't get my gifts mailed out to my peeps in Los Angeles until January. For this reason, we opened our gifts last weekend and I've just started to listen to some of the music my friends gifted me. Some amazingly good stuff. My friend Christopher sent me this Ellie Goulding album. She's is a pop artist in England doing very well, an award-winner and favorite of Princess Kate. She was invited to sing at the reception for the Royal Wedding of Kate and Prince William. Her cover of Elton John's "Your Song" from this debut 2010 album, Lights, was the couple's first dance.

I would have to say Kate has good taste because this is one of the best, most cohesive, dance albums I've ever heard. Every song was lovely. 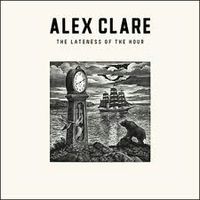 My friend Julie sent me the next two albums. British artist Alex Clare released this debut album, The Lateness of the Hour, in 2011 and his voice reminds me of Australia's Daniel Merriweather but he's more rocking and more eclectic. Again, almost every song is a winner, my favorites being "Up All Night", "Hummingbird" and "Sanctuary."

It will be hard to beat this album as my favorite discovery this year. 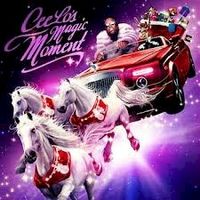 Cee Lo Green never ceases to amaze me. Who can beat his arrangements? I've never had good luck with R&R Christmas albums. Usually, only one or two of the songs are very original. In Vansessa William's case, the whole lot was crap. It makes no sense because I love R&B. I love gospel. How could it fail? It somehow can.

Cee Lo Green not only made a high-calibre Christmas album, it's my favorite of all time. I can even forgive his including Rod Stewart on a track ("Merry Christmas, Baby"). The songs "What Christmas Means to Me" and "All I Need is Love" (with the Muppets) are both rollicking and inspired. He makes "White Christmas" and "Run Rudolph Run" highly palatable and he transforms "This Christmas" and "Silent Night." Even the filler is well made. It's hard to make much of "The Christmas Song" over what Mel Torme was able to do with it from the beginning. Extra treats are his version of "You're a Mean One Mr. Grinch" in a Glee-esque arrangement with the group Straight No Chaser. His version of "Mary, Did You Know" gave me chills. Beautiful.

Masterful musical moments from Cee Lo Green. But what's new about that? The man is an ingenious "sanger" and artist.