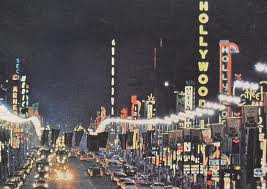 1960s Hollywood...it was an exciting time for Cher. She was just hitting the big time.

While I was in Urgent Care yesterday for chest pains (Mr. Cher Scholar and I were quite freaked out but it turned out to be costochondritis), I was reading all the announcements for Cher's new development deal on LOGO, an effort she and friend Ron Zimmerman had been working on since last year.

This sounds like a very interesting show and might give us a glimpse into Cher's experiences in this crucial decade in her life, least we dare to wish for Cher in a recurring role.

CNN says: "If Cher's potential Logo TV show would be anything at all like her Twitter feed, we're already on board."

Cher is also trying to organize a twitter contest to bring some fans to her Malibu home for a preview of her album. Cher News has the wrap up: http://chernews.blogspot.com/2013/01/get-excited-your-chance-to-meet-cher.html

Unrelated....Sunday night as I was on the floor with my chest pains, waiting for Mr. Cher Scholar to get back from his job guarding Georgia O'Keeffe paraphernalia, I was watching the end of Oprah Winfrey's interview with David Letterman on her show Next Chapter. I love how Oprah dealt with the tough questions on Letterman and his feuds over the years, including his feud with her. But after that was over I turned to watching saved-up episodes of Family Guy. I thought if I'm going to die, I want to be watching Family Guy. Because I want to die laughing.

Posted at 08:31 AM in Cher News, Television, What This Really Says About Me | Permalink | Comments (0)