It’s Super Bowl Sunday this weekend and Alicia Keys is slated to perform the National Anthem.

OK! Magazine has just done a review of their favorite performances of the National Anthem: http://www.okmagazine.com/news/top-10-super-bowl-national-anthem-performances-cher-kelly-clarkson-carrie-underwood-more

Note the FOUR American Idol singers (three AI winners) in this top ten list. Cher’s inclusion is striking because she’s not the same kind of singer as the others (with the exception of maybe the country sangers). Many would make the case that she’s the weakest singer on the list (if you split vocal hairs about this sort of thing). I chalk up her inclusion on all these favorites listings to the fact that Cher has become, not only a real American idol, but a national treasure.

They say about Cher:

She left the Bob Mackie headdress at home, but Cher's throaty take on "The Star-Spangled Banner" still had the pop icon's unmistakable style – not to mention some impressive notes.

Rolling Stone, still hating on the idea of spectacle (at least when it occurred in the 1970s). Get over it, Rolling Stone!

The site The Week also posted their list recently: http://theweek.com/article/index/239018/the-10-greatest-national-anthem-performances-in-super-bowl-history

Their comments on Cher:

Cher can sing? Holy crap, Cher can sing! This was great. No complaints about Cher. The interpretive dancers were kind of weird, though. The Week's multimedia editor Lauren Hansen nails it: "Cher was surprisingly impressive, but like Mike Bloomberg with Lydia Callis, her spotlight was stolen." 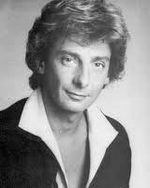 I would also recommend Marvin Gaye’s brilliant and chill-inducing performance from the 1983 NBA All-Star Game: http://www.youtube.com/watch?v=QRvVzaQ6i8A

Posted at 10:45 AM in Concerts, History, Music, Scholarship In Action, Television | Permalink | Comments (3)

i think Chers was the BEST:
she did not try to be like all the other higher-pitched singers whom just try to imitate and outdo each others performance with higher/longer notes.
i think that just becomes very annoying in try to listen to the song it's self, including, Whitney.

Like Gloria Estafan said about cher's performance:
"she stayed TRUE and RESPECTFUL to the Song"

Where did Estafan say that? That's cool!

after the performance.
when all the media was there, interviewing everyone about the days'
activities.
at some point, Gloria
was being interviewed(because, i think Gloria
performed at the 1/2 time
show) and that was what she said.
Sad, that it was reported to be one of the lowest rated superbowls.