So for years I've been telling Mr. Cher Scholar that The Sonny & Cher Comedy Hour was so popular in the early 1970s that it was able to pull in some pretty unbelievable guest stars.

The penultimate unbelievable guest star, in my humble opinion, was writer Truman Capote. 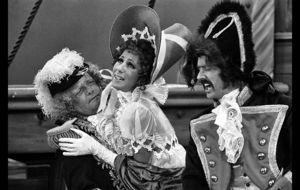 As all my S&C episode are in a box somewhere in my garage, I was never able to prove this meeting of the talent ever occurred, thus get Mr. Cher Scholar to believe it.

Thankfully, the Los Angeles Times recently posted their memory of the event in December, a happening which originally broadcast on October 3, 1973 on CBS along with the LA Times original interview with Capote by Cecil Smith on August 22, 1973: 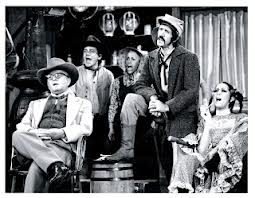 Capote was called onstage to play the British admiral doing battle with the French. In his most piping screech, he yelled: “Where’s the mizzen mast?” To which a sailor shrugged: “I don’t know. How long has it been mizzen?”

I was curious as to what motivates a writer of the stature of Capote, certainly one of the most important literary figures of the century, to play the fool for the glory of toilet bowl and armpits and other objects sacred to television.

“I’ve always liked Sonny and Cher,” said Capote over some dry Manhattans at the Hotel Bel-Air. “I’ve never done anything like this and I thought it might be fun.” 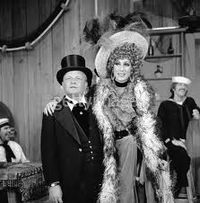 “I suppose I did it because I was asked.”

This certainly fits with Capote's image at the end of his career. Famous for writing In Cold Blood and Breakfast at Tiffany's (one of Cher's favorite films when she was younger), Capote had long stopped writing and had become a Hollywood wannabie, hob-knobbing with the star set. There have been a few films about his life but I really liked Capote (2005) starring Philip Seymour Hoffman.

Here is more information about the episode:

Music:
Sonny & Cher "Get Down" and "The Weight"
Cher "Superstar"
John Davidson "Behind Closed Doors"

So far this lovely bit of Sonny & Cher history has not shown up on the YouTubes, but here is a very funny roast of Capote by Rich Little.

I remember this episode and have always wondered, like you, how they were able to talk Capote into being on the show. But his appearance did bring his name to the young masses who had yet to read his work. Thanks for writing this post about one of my many fond memories is the Sonny &Cher Show.