Cher Scholar Has Been Under the Weather This Holiday Season 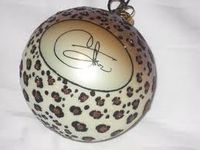 I've been missing posting little tidbits of Cher news this whole holiday season! For Thanksgiving, Mr. Cher Scholar and I went to New York City to see The Book of Mormon. When we were sitting in the jam-packed La Guardia airport waiting to fly back to Santa Fe, we both started to feel feverish.

Five weeks later and I'm still not over it. It has morphed from a cold to a flu to a cold again. Although dramatic goings-on at work, spending too much time out in the cold weather, and Christmas shopping and shipping duties didn't help for a speedy recovery, I had no energy left to do much Cher scholarin. Here is a flashback over the end of November and December in Cher Land.

Cher calls for a boycott of Walmart due to their guns sales and the tragic Connecticut shooting of school children. I have already been avoiding Walmart for 10 years due to my mother's boycott of Walmart due to their screwing over workers, small businesses and local economies all while their heirs hoard a huge chunk of American wealth. I think Forbes Magazine said it best: "Six Waltons Have More Wealth Than the Bottom 30% of Americans."

Cher does not appear on the X-Factor finale as reported but goes to Russia instead for a private concert. Stories from Cher World and Cher News: Here is Cher leaving the airport in LA looking like an ageless hipster: 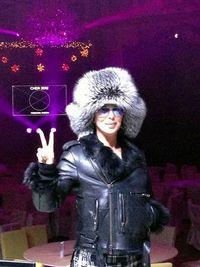 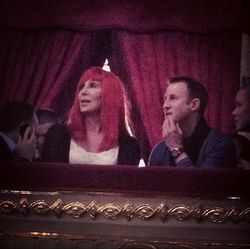 Performing and receiving a crown. That must have been her fee. 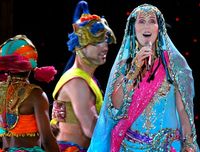 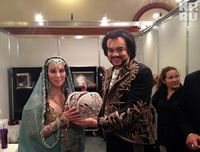 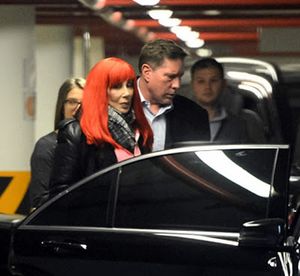 Looking like a stern Russian femme fetale (what a role that would be!) while getting in a limo: 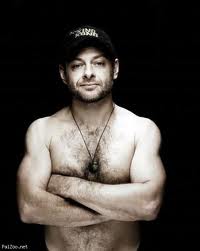 Cher this month also reported being hot for the character who plays Golem in The Lord of the Rings and The Hobbit: Andy Serkus. Here is a picture of him shirtless.

Cher just released a Christmas Tweet: "Have the best Christmas ever! I know Christmas sucks sometimes - try to do something you like! Watch a movie you like, have a piece of pie, ice cream, pop corn, buttermilk, biscuits or something you love!"

Cher also posted pics of her house decorated for a Christmas party. 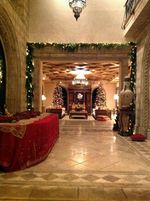 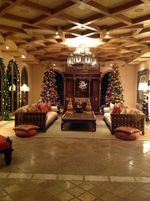 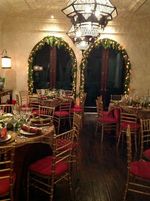 Due to our illnesses, Mr. Cher Scholar and I cancelled our Christmas party and I didn't put up any decorations, which are very similar to Cher's minus the lighting, ceilings, floors, silverware and ginormous trees. Between our lack of festivity, the Connecticut shooting and the sad-sack stories of my co-workers, this made for the most depressing Christmas I've had in years.

I had not read Cher's tweet by yesterday but I inadvertently did something I don't usually do just to cheer myself up: I ate a cheese ball.

I hope the good spirit of cheese balls lives in you this week.

Posted at 10:11 AM in Cher News, Cher Outfit Watch, Concerts, Giddy Gossip, What This Really Says About Me | Permalink | Comments (0)