If you do a search for "Sonny Cher live 1977" you get about six copies of this photo of Sonny kicking, hair flying, in his Vegas Suit. A fuzzy bootleg of some 1977 shows are kicking around. When Cher scholar Robrt alerted me to one of them, attached was the set list from a Hawaii show. Pretty sweet walk down memory lane.

What's interesting to me is how much of Sonny you get in the late-period Sonny & Cher shows. I wonder if this was because Cher had professionally "checked out" of the act and was more interested in her 1977 shows with Gregg Allman.

The old Yahoo Cherfreaks list has also been posting some gems. This "day in history" link was particularly illuminating: http://www.vancouversun.com/entertainment/This+history+August+1973/7159763/story.html

Sonny & Cher, in full celebrity glory, are pictured disembarking from a chartered Playboy jet for a show in Vancouver in 1973. News has gotten out they their marriage is on the rocks but they are not officially divorced.

The media firestorm (ala TomKat) is about to begin. The reporter calls them "The Salvatore Bonos" and "wealthy swingers" and said the black plane they arrived in looked like a sinister shark cruising down the runway. Sonny was wearing sequined skin-tight Levis and when asked about their marital woes, "Cher looked blank."

Another Yahoo poster provided this awesome online flip-book of Cher photos for a style issue of New York Magazine: http://nymag.com/thecut/2012/08/cher-look-book.html

Whenever people bemoan the lack of imagination on today's red carpets, Cher's name always comes up as an example of someone who successfully pushes the envelope. From her patterned bell-bottoms and waist-long, silky straight hair in the seventies to her shiny spandex and sky-high, spiky wigs of the eighties, she transformed herself too often to have a signature style of note, yet each look is unmistakably her own. Never one to shy away from belly-baring mesh tops, gold lamé, or headdresses of any kind, Cher always manages to walk the line between wacky and elegant. Enjoy a look back at her otherworldly outfits from the sixties to today. 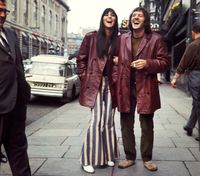 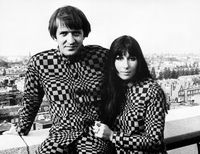 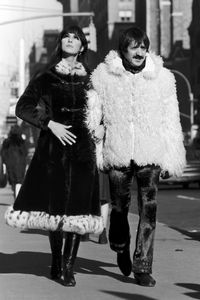 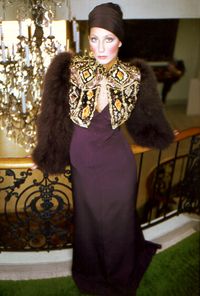 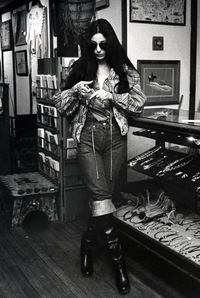 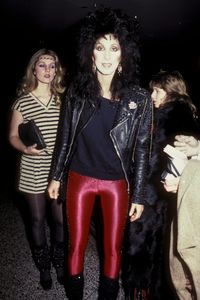 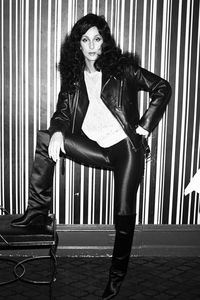 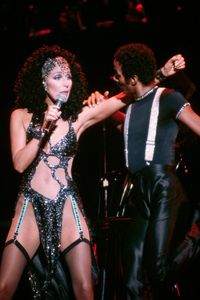 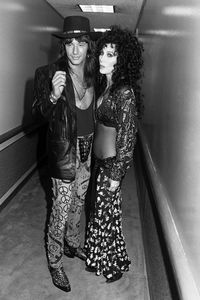 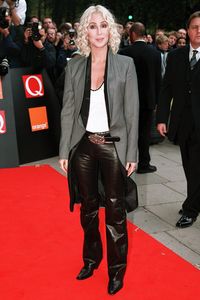 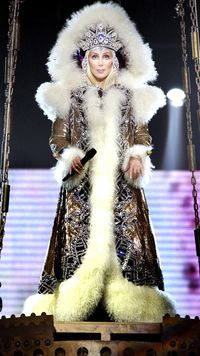 i got both versions of
this "audio" only concert
from hawaii on ioffer.
it is from an old cassette
recording.
and, the 2nd version,
while, being transferred to
cd, the tape broke.
if someone has better
sounding copies, please let me know.
i've seen where there is
a machine that can transfer
old messed-up cassettes.
the concert WAS GOOD!!!
i actually found myself
laughing out loud at the
joking between the two.
something i never did with
their 'live' lps...
maybe, looking back in retrospect, it was more
revealing and i felt they
maybe onstage, the two were
more R rated....
i, also, thought, they both
sounded REALLY good vocally..(didn't they travel with 23 sound engineers?) and,
cher really sounded good and, seemed to, effortlessly, slide into a
song.
unfortuntely, Sonny's songs
come thur louder and clearer, than cher's did.
if anyone has better
reproductions of this..
let me know.
the 2nd concert has cher
do her '70's gt hts medley.

JD, I remembered you telling me about these tapes...right when i found the photo for this blog piece. Just got em.