Cher Goes Out on the Town
Is Bob Mackie Now a Democratic Strategist? 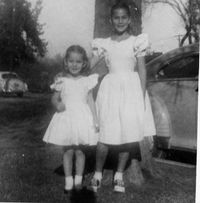 Cher to the left looking like a responsible sister and shepherd of the younger, blonder Georganne.

I've been contending for years that we've never had a legitimate Cher biography published. We've always had these pop-princess biographies year after year. Nothing near what would befit a 47-year career across the entire pop culture spectrum. I yearn for something like Barbara Leaming's treatment of Katharine Hepburn which takes a hundred or so pages to talk about her parents and grandparents and their particular struggles all to show how the grand scheme of her family life lead to Katharine Hepburn's very particular character.

Cher's early life usually gets short shrift. Her mother's amazing life (which rumor has it we should learn more about with Georgia Holt's upcoming special and record album) and the Arkansas side of the story, then the Armenian-genocide-refugee side of the story.

Most biographies just sketch out some high school tales and then the story kicks off when Cher meet Sonny when she was 16 years old, as if her personality was just "on hold" until her svengali came to create it. The real heft of her history has never been told.

So what an amazing thing that she tweeted some family photos recently, including this one of her Arkansas family: "Great Grandparents' cabin back in woods" 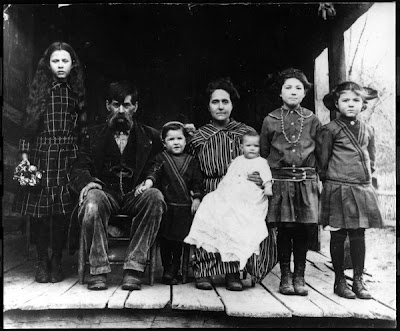 What a stern bunch! 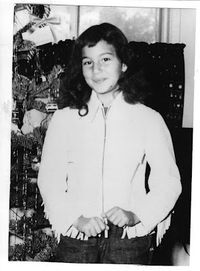 Here is a familiar photo of Cher as a kid.

Those late 19th-early 20th century photos usually look stern because "smile for the camera" is a construct that was created later in the history of photography. It wasn't around then. No one knew they ought to be smiling or happy when photographed. Also, remember, people got photographed very infrequently. Maybe 2x or 3x in their lives. When a photograph was taken, it was like having a painted portrait to them: A document, for the ages, for descendents. That was the way people understood photographed portraits then. It's very far from us. It was a very, very formal occasion. This family would have been too poor to own a camera. If they lived in the country, an itinerant photographer with a wagon darkroom might have stopped by or a photographer would have had to drive out from the nearest town. What's interesting here is how frequently their descendent has been photographed (one of the most photographed women in the world, no?) and how maybe only this one photo has survived of some of the people here.

This family would have been too inadequate to own a camera. If they resided in the nation, an itinerant photographer with a cart darkroom might have ceased by or a photographer would have had to drive out from the closest city.