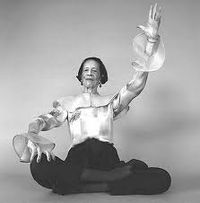 My cousin sent me news that a new Diana Vreeland documentary is scheduled to be released September 21. Diana Vreeland met Cher in 1967 and told her she had "a pointed head." However, it was Vreeland who introduced Cher to modeling in countless Vogue spreads from the late 1960s throughout the 1970s.

In the documentary trailer, Vreeland is credited with the idea of pushing a photo subject's faults, imploring her artists to "make that the most beautiful thing about them."

And when legal wrangling with Sonny kept Cher off of television in 1974, Cher said it was these modeling projects that kept her afloat.

For more information on the movie and to see (clips of Cher) in the trailer:

How can we forget the following amazing collaborations between Cher, Vreeland and photographer Richard Avedon... 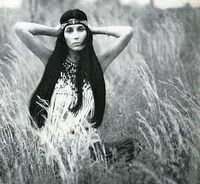 Cher doing one of many interpretations of Native American. Cher scholar Bruce points out that this photo is by Stephen Paley and not Richard Avedon, as part of the late 60s Jackson Highway album photo shoot. But it's super kewl so I'm keeping it up. 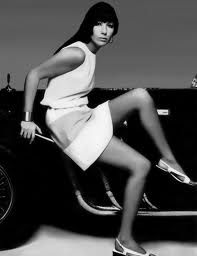 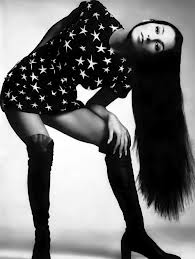 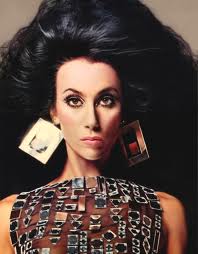 More elaborations on hair and some of my favorites, the staircase photos.

Thanks for bringing this to my attention. I can't wait. If I may, the first photograph is/was by Stephen Paley (I think that is correct) as it's part of the Jackson Highway series of photographs. Avedon pictures are certainly some of her finest!

Hi Bruce...You are right...but I wonder how he is connected to Vogue sessions (if at all). That's how I found it, probabably an error.

Mary, if memory serves me correctly it did show up in a Vogue photo essay. I'd really have to put my thinking cap on to remember which one. If I find it I'll post the issue date etc.