Bangs are Back Baby!
Cher Butt

I finished ready The Unruly Woman by Kathleen Rowe and it has only one section of one chapter about Cher and the movie Moonstruck. But it's packed with goodies. Rowe does a study of many romantic comedies including It Happened One Night, Sylvia Scarlett, Bringing Up Baby, Ball of Fire and The Lady Eve among others. She singles out Moonstruck for many things, one being its inclusion of a mother-figure in a traditional romantic comedy.

"Comedy in mainstream narrative film usually makes its case against the father with very little attention to the mother or daughter. Comedy may deflate Oedipus and show him to be a fool, but it still places him at the heart of the story. Comedy is generally guilty of symbolic matricide. [The young woman, or bride, is seen as] a token of exchange between men [and] mothers rarely hold any power to transfer. [In] the subjugation of female by male [the girl] must sever the most important feminine identification in her life, her mother, for an exclusive attachment to a man, a stand-in for her father. Adrienne Rich [how serendipitous, I just did a profile of Rich yesterday in another blog] describes this rent between mother and daughter, ignored in our culture, as 'the essential female tragedy: we acknowledge Lear, Hamlet and Oedipus as embodiments of the human tragedy; but there is no presently enduring recognition of mother-daughter passion and rapture.'"

Moonstruck is an exception because it centers not only on Cher's character but her mothers: "Both are at turning points in their relationships with men."

"In contrast to the men, Moonstruck women have a clearer sense of who they are. Loretta is a paradigmatic woman on top, enhanced by the strong unruly off screen presence Cher brings to the part....she holds up her own autonomy as long as possible. In doing so, she follows the same course as the unruly virgins in the classical romantic comedies."

Rowe also discusses how the use of ethnicity serves the comedy, how the film uses ideas of death and life, she explicates the meaning behind character names and the symbolism of the moon. 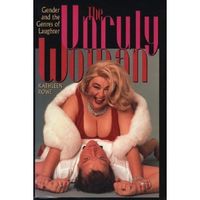 Rowe also explains how the movie alludes to Puccini's La Boheme, particularly between the couples of Ronny and Loretta and Mimi and Rudolpho: the use of ordinary vs. mythic characters, the symbolic  scenes with snow, and some symbolic hand-holding moments. However, "Mimi dies...and Loretta remains a woman on top; while Mimi wastes away in isolation, Loretta will draw strength from....her mother and a community that extends beyond the couple."

Most importantly, "Loretta doesn't have to give up her mother to get her man."

This argument by Rowe enticed me to go over all the scenes between Loretta and her mother in the movie, and to realize how realistic they were to normal family relationships between mothers and daughters, the support, the nagging, the daily business of living, right down to the scenes of Loretta's mom serving breakfast in the kitchen.

"Her performance in front of the camera, marked so strongly with her presence behind the camera, is a reminder of the authorship inherent in the performances of other of other women—from Mae West to Cher—who, by making unruly spectacles of themselves, have also made a difference."

Posted at 10:21 AM in Cher Outfit Watch, Film, Scholarship In Action | Permalink | Comments (0)