What the Reaction Says About Women, Class and Liberals
Another Zombie for the Tribe 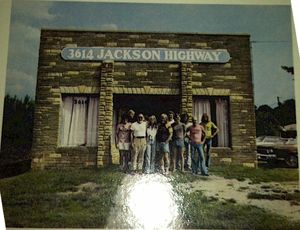 Cher scholar Dishy sent me this screen grab of the backside of the 1976 Kim Carnes Sailin. Look familiar? This photo of the famed Muscle Shoals, Alabama, recording studio gives Cher's 1969 album shot of the same location some perspective...especially the blue sky, the patchy grass and those cars parked to the side.

For some reason Kim's album didn't make the Wikipedia listing of important recordings there, although Bob Seger's biggies of 1976 do make the list, "Katmandu," "Night Moves" and "Mainstreet": http://en.wikipedia.org/wiki/Muscle_Shoals_Sound_Studio

When Dishy sent me this photo, I remembered how much I loved the Kim Carnes song (with John Waite backup) from her 1983 album Cafe Racers, "Hangin On By a Thread." So heartbreakingly 80s. 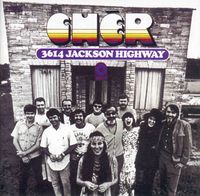