This Is Cher, A Cher Zine #3 has been reviewed!
What the Reaction Says About Women, Class and Liberals

Speaking of Speaking Out 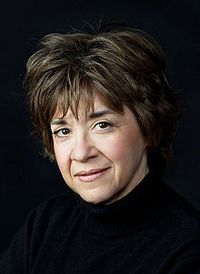 Two weeks ago I found this poem about a Turkish novelist who spoke out against Armenian genocide. The poem was anthologized in the book Language for a New Century, Contemporary Poetry from the Middle East, Asia and Beyond, edited by Tina Chang, Nathalie Handal and Ravi Shankar, and was written by Lebanese-Canadian poet Carolyn Marie Souaid (pictured).

Comrade, how is it so?
Fined by the high court—

for what? Trafficking a thought?
You, an accomplished lover

Who challenged the Turkish flank
for far, far more than a girl.

How do I walk these streets?
How do I breath this air?

While, heroic, you stand

eulogizing the thousands
flattened on your land?
Risking an emporium bullet,
your name in the news.

Flattened by the minutiae of Art:
Idolizing my muse

and the metaphorical prisons
of the heart.

Carolyn Marie Souaid's Author’s Note: In January 2006, the [Turkish] court dropped charges against the novelist [named in the title of the poem], accused of insulting the Turkish republic for openly writing and speaking against the genocide of Armenians in 1915, a taboo subject and one that officially never happened, according to the Turkish government.