Plastic Surgery in "Joyful Noise" and Other Recent Books and Movies

With Mr. Cher Scholar and our recent visitor, my Los Angeles friend Christopher, I've been seeing a lot of movies and discovering some interesting book-fare from watching Book TV.

Christopher wanted to see Joyful Noise because we both like Dolly Parton. I was hesitant because the trailers looked pitiful. But he talked me into it and I must say I enjoyed it much more than I expected to. You might chalk that up to lowered expectations but I would defend the musical numbers as fun, kind of like a gospel Glee episode. Also, Queen Latifah (who I love dearly but cannot continue to support her crappy movies) had an absolutely awesome performance in the movie in a scene where she chews her daughter out in a hotel elevator bank. And finally, you have to see the thing just to make some sense out of Dolly's latest plastic surgery.

Cher's usually our fall-girl for this kind of gripe to be sure. And how frustrating because this is a ridiculous no-win situation for our aging

female stars. I heard my friend watching TV and saying about one star, "she really should get her neck fixed." But she can't win because if she "fixes it" we get this, the latest face of Dolly, which clearly doesn't look right. All through the movie, she had to overact to get her face to even work, and her smile resembled the face of The Joker's. Her lips didn't fully close! It was creepy. To stay-off the aging process, Dolly went right from pretty (if pancaked with makeup) to grotesque. Surely this wasn't the goal. In fact, this is a sure backfire.  I watched the movie thinking Dolly looked like a frail grandmother. She's Cher's age!

This insanity must stop. To see the beautiful Dolly Parton come to this. 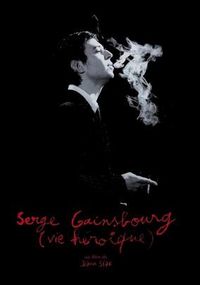 We also saw the documentary Urbanized at the local Santa Fe art house. It was a fascinating look at how cities are thinking creatively about how to handle urban problems. The city of LA was noticeably absent from the world-wide cities showcased and citizens of LA could surely gain something from watching it. One South American mayor changed my whole idea about the usefullness of subways!

My husband and I also saw Gainsbourg (Vie Heroique), the French movie about Serge Gainsbourg. With animation, a puppet altar-ego, much music and beautiful surreal elements, I only wish Cher could have a biopic this cool someday. My favorite songs from the movie were "La Javanaise" and "Initials B.B."

Book TV also lured me into purchasing Justin Frank's Obama on the Couch: Inside the Mind of the President. Frank also covered George W. Bush with this psycho-analytic treatment. We learn how Obama's early childhood and lack of contact with his parents possibly shapes his behavior in the White House and with the Republicans. 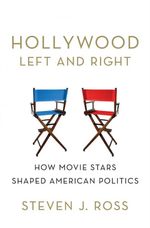 Book TV also showcased a book I haven't purchased yet, Hollywood Left & Right: How Movie Stars Shaped American Politics by Steven Ross. He explores in depth Charlie Chaplin, Louis B. Mayer, Edward G. Robinson, George Murphy, Ronald Reagan, Harry Belafonte, Jane Fonda, Charlton Heston, Warren Beatty, and Arnold Schwarzenegger and recounts that although the Left gets a lot of screen-time, the Right has actually made further inroads in Washington with their cadidates and policy. And at one point he says something like "because you're a celebrity doesn't mean you give up your citizenship." Very true. Sometimes I am critical when celebrities endorse candidates (more because I feel the clash of their celebrity brands working against the cause). But all citizens have the right to feel the passion and get involved.

One of the most stunning Dolly Parton movies I've seen was Sweet Home Alabama. Have you seen that movie? It's good to know that, despite the number of times Ms. Parton has gone through surgery, she still looks beautiful. I'm happy for her. She's an incredible actress.

I too like and have a lot of respect for Dolly Parton. She is an versatile actoress I ever seen.