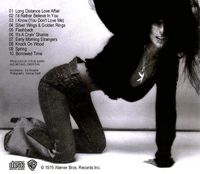 So! Cher was rumored to be dead.
For like 12 hours.
And no one emailed me.

For the love of God. Not a peep from ANYBODY.

Were we all holding our breaths? I'd like to believe that because, I have to tell you, I was a little put out.

I only learned of the not-death Friday afternoon because cherscholar.com was down for a few days due to a server switch. I was logging into a very popular online mail service to double-check my site's new email addresses and, per usual, I scanned the top-ten online searches while I was loggin in. To my surprise, the number one search at that moment was

The Twitter scam even had another Armenian-celebrity, Kim Kardashian, fooled. And because Kim is one of the nations top five tweeters, the story went off the rails.

Meanwhile, this was not the rending of garments and gnashing of teeth I will come to expect from Cher fans.

In one brief second of comprehending that Cher was not dead, Cher's life flashed before my eyes. Or 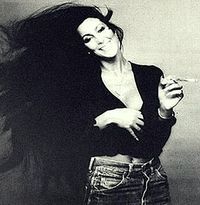 rather my life of being a fan of the Cher product and having that icky realization that products do not have mortality, people do. It threatened the death of a comforting obsession for this heterosexually  queer gal; and seeing as I've been a fan since I was four or five years old, it threatened a final death knell to my childhood, something I've managed to hold on to into my 40s.

But...this isn't entirely about me. Cher's friends did not take kindly to the twitter scam. Loree Rodkin posted, “Whoever started that stupid rumor needs to have their face dragged across concrete." Yikes. Imagine Paul McCartney saying that.

Cher was the number one freakin' search term and a Kardashian was embarrassed. It's kind of funny, unless you're Cher I guess.

To celebrate Cher's very aliveness and hopefully resting in peace this evening, I am posting my three favorite Cher photos, which were taken during the Norman Seeff sessions in 1975. This is the first I've heard about it! I think the Norman Seeff shots are the ones that show off Cher's personality the best.