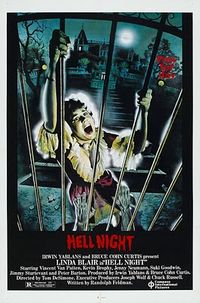 Happy Halloween. My favorite holiday. And since I'm on a rant-roll, I thought I'd make a few complaints about the state of the American Horror Movie Industry.

I love horror movies. My favorites tend to be really creative ghost stories. But I have plenty of sci-fi horror flicks on the list, even some classic slashers. I even appreciate many things about Italian and Japanese horror.

Like the "American Western" or closed poetry forms (ex: metric verse, sonnets), there's an architecture of rules made to be followed or, for the more gifted artist, rules made to be broken.

Ever since the mid 1990s, I feel like I've been avoiding more horror movies than I’ve been watching: the formulaic slasher has evolved into the "apocalyptic masochistic slasher." I see this as the result of a decade of Gen-X irony. But as iconic writer David Foster Wallace said when I saw him at a reading in Los Angeles (a year or so before he killed himself), haven't we taken irony as far as we can? Essentially irony implies we don't really care. And how long can we not really care? Isn't it time to return to a little sincerity?

As much as I love the mose recent Japanese films, which are artful and scary, they are ultimately dissatisfying. Sure, it may be a cultural thing: American like happy endings. Europeans and Asians find those to be drippy and unsatisfying. Why should our hero always survive?

Due to irony and Japanese influence, no one has survived a horror movie in about 20 years. The movie Insidious was highly recommended to me recently as a very creepy ghost story. My last straw broke in the final scene where the whole cast will likely die at the hands of our hero, suddenly possessed…after all that freakin work to persevere.

Rob Zombie movies...so awesome looking, but again with the message that all the work one might do to survive is for naught. It this any more realistic than the hero always succeeding?

I'm bored with the storyline of a parent who has lost a child and can’t go on (and doesn’t have the will or energy to fight the monster). Of course losing a child is THE worst storyline. But people did used to be able to survive it. Give them some hope of survival for chrissake.

I’m bored by the storyline of the ingenue who is smart and brave but will be undone by evil forces much larger than she is…just because. Just because what? Just because she's a girl?

This era of our lives: a bleak economy, hateful crowds, rampant narcissism, real lunacy, horror and abuse in people’s real lives: I want to see that horror can be overcome. I don’t want to be shown over and over characters who can never overcome in situations that cannot be overcome.

Why would I keep watching this over and over again?

Snap out of it.

How thrilling was it back in the day? Back when Linda Blair made it over that fence (finally) in Hell Night? If she can do it...hell, we can do it.

THE UNINVITED with Ray Milland

Dishy, John and I often reference this 1944 movie...there's a scene in the beginning where they are looking to buy the coastal house and get intuition that it's haunted but (and this was Oprah's lesson Monday)...they IGNORE initial sense of danger....they then move in and get hella-haunted. So typical of people who move into haunted houses. We looked at a house to rent in Santa Fe we LOVED but were totally creeped out by it (while we were in the kitchen the agent thought she heard a baby crying; we were in the middle of nowhere! She said "I'm psyhcic that way") and we looked at each other and decided to go with our gut because we didn't want any Uninvited house on our hands.

I just saw it from beginning to end on the fabulous TCM for the first time this weekend! What a beautiful film!!!