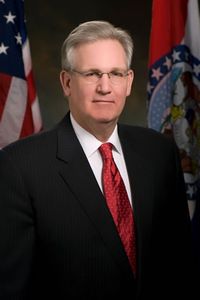 Cher and fans have been discussing Missouri’s Puppy mill issue in her tweets lately. This got my attention because I was raised in St. Louis (mostly), and Missouri was then horrifically reported to be one of the biggest puppy mill abuse states in the country. So I followed this anti-puppy-mill vote closely last year. It was sponsored by the Humane Society of the United States.

Catching up to the legislative aftermath, it seems the Missouri legislature scaled the law back considerably in favor of law-abiding breeders and agricultural interests who claimed the "puppy" bill extended to far out toward other animal interests. God forbid!

Democrat Governor Jay Nixon seemed to be caught in the middle and was trying to broker a compromise between voters and the Missouri congress. The Human Society is against the compromise. Both sides appeared in Jefferson City to protest.

I also checked the website of The Animal Legal Defense Fund. Their action item recommendation based on news from March was to write the Governor: http://www.aldf.org/article.php?id=1596

Their Update--March 17, 2011: Missouri legislators have voted to repeal Prop. B, endangering countless puppies in the abusive puppy mill industry. Please send your urgent letters to Governor Jay Nixon asking him to veto this repeal: