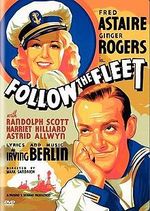 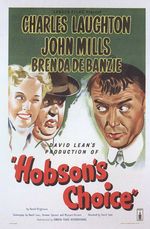 "Cher, who earned an Oscar for her performance in the romance Moonstruck, is a passionate fan of classic films and TCM.  For her night as GUEST PROGRAMMER in September, she has chosen the Ginger Rogers-Fred Astaire musical Follow the Fleet (1936), David Lean’s delightful comedy Hobson’s Choice (1954), the Damon Runyon tale The Big Street (1942) and the comedy-mystery Lady of Burlesque (1943)."

I'm also interested in the John Carpenter night (because I DO love horror movies, haunted house movies…anything but slasher movies. They’re so TIRED...and I mean yours too, Rob Zombie, although your movies are beautifully shot). 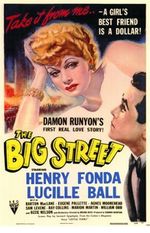 "John Carpenter, who revitalized the horror genre with Halloween, is set to present three science-fiction thrillers in October, including The Thing from Another World (1951), a film he later remade in 1982; It! The Terror from Beyond Space (1958); and the Hammer classic The Curse of Frankenstein (1958). Carpenter’s night also includes the Howard Hawks western Rio Bravo (1959)."

I just saw Rio Bravo. John and I decided John Wayne is just a barrel with legs and arms. It wasn't our favorite western but we both thought Dean Martin was great in it. And I thought Ricky Nelson was good but John thought he was silly. Loved the scenes with Ricky and Dean singing together. And the James Brooks night. He's my fav director of TV (Mary Tyler Moore Show) and film (Terms of Endearment and As Good As It Gets), although he’s been a bit flat lately...and I've wanted to see Network.

"James L. Brooks has earned three Oscars for Terms of Endearment and a shelf-full of Emmys for such series as The Simpsons and The Mary Tyler Moore Show. Brooks is slated to present four films in January 2012, including My Favorite Year (1982), which will be preceded by the classic Your Show of Shows skit that inspired it; the satirical masterpieces Dr. Strangelove: Or, How I Learned to Stop Worrying and Love the Bomb (1964) and Network (1976); and the Sidney Lumet thriller Prince of the City (1981)."

And I agree with jbryant - Freddie Francis made some good movies. He may never have directed one as good as MAN IN THE MOON or THE STRAIGHT STORY, but few have.