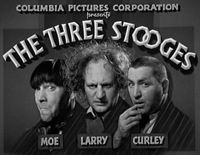 The two rumours circulating this week were:

That Cher will star as the nun in the Farrelly Brothers' new Three Stooges movie:
http://latimesblogs.latimes.com/movies/2011/02/the-three-stooges-farrelly-brothers-cher-samberg-knoxville-benicio.html

The goal is for the singer-actress to play Mother Superior, the nun whom the Stooges terrorize.

"Cher is just the coolest chick ever," Peter Farrelly told 24 Frames. "It's hard to describe. You meet a lot of celebrities in our business. We're not cowed by many of them. But Cher is bawdy, she's fun, she's cool, she's lived a life, she's got experience, she's humble. It's the humility that struck me the most. She's not really a diva."  A representative for Cher did not immediately respond to a request for comment.

Peter Farrelly: “We’ve thought about it for 12 years. I literally lie in bed thinking about every single shot. I’ve never been more prepared to do a movie in my life.” 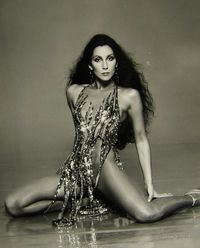 And that Cher will be in the 2011 cast of Dancing with the Stars:
http://sportales.com/shooting/dancing-with-the-stars-2011-cast-revealed/

Besides, The Cher Show was Dancing with the Stars.

I never thought I will live to see the day, when Cher and The Three Stooges will be together on the same screen... am I dreaming? is it really happening ? :)

can't believe that they are doing a new version of the 3 stooges!! I am abssesed with them... just dont anderstend what Cher got to do with this???