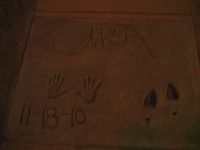 My blogs were recently interrupted by a job-related trip to Los Angeles, where I promptly met a bunch of sick, near-sick, were-sick-last-week people in the office and within 48 hours I too was sick. It was a hard week to get through due to the sniffles and all, but good food did keep me hanging in there. I stayed in Silver Lake with my friend Natalie for the weekend. We ate at my favorite LA mexican restaurant, Malo on Sunset Blvd. She also treated me to an awesome breakfast at The Village Bakery and Cafe on Los Feliz Blvd. In Redondo, my friend Julie and I tried the gastro-pub Chez 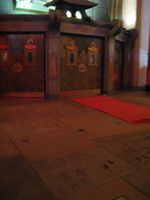 Melange on Catalina Ave, which was great. I got my fix of sushi with a sushi boat in Santa Monica (Main Street) and had great drinks at The Arsenal (my friend Ken's sort of Cheers bar). Julie, her bf Dave, and I also had good Thai at Palms Thai in Hollywood before we snuck over to Grauman's Chinese to catch photos of Cher's footprints. Cher is right by the front door between Julie Andrews and Rhonda Fleming. It was dark. My pictures weren't that good. We were double parked. No time to be artistic about it.

Las Vegas lost one of its most colorful characters Thursday. Rao's host Robert "Bubbles" Ubriaco died at Desert Springs Hospital, surrounded by many of his friends. He was hospitalized on Wednesday, after what friends believe was a stroke.

A week ago Thursday, Ubriaco was in his glory while facilitating Cher's farewell party for her cast and crew at Rao's. With Cher running 90 minutes late, "Bubbles" chatted with Roman centurions who were waiting to carry Cher into Rao's, ala Cleopatra.

A friend came by and had "Bubbles" pose for a photo with the centurions. "Say Chucky Cheese," said Ubriaco, his signature line. It was one of the last photos of the legendary greeter. 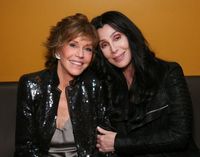 Cher also attended the premiere of the new play with Jane Fonda in it “33 Variations” at the Ahmanson Theatre. My friends and I were discussing this due to my odd need to now do Jane Fonda workouts. In fact, I visited Hollywood's Amobea Records last week and bought $50 worth of Cher stuff and Jane Fonda's Fit and Strong DVD (it looks like a good low-impact one for old gals like me). I also found a Nelly workout DVD for Julie and due to her buying Nelly's latest CD, I became obsessed with his recent "Just a Dream" single.

Anyway, Jane is getting good reviews for the play. LA Times called her riveting. The premiere audience was stuffed with celebs:

Obligatory fan's appendages (mine) in the celebrities hand print. 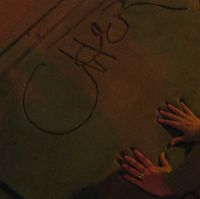 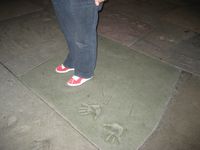 I don't know why that feels so necessary. But it does.

Posted at 11:19 AM in Cher News, Concerts, What This Really Says About Me | Permalink | Comments (0)