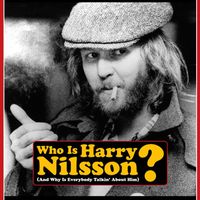 A few weeks ago I netflixed Who is Harry Nilsson (And Why Is Everybody Talking About Him) to get some better insight into Cher and Nilsson's unusual pairing for their Phil Spector single. Cher was not mentioned in the documentary, but then not many women were. Most of his compatriots were the big boys of the 70s, Monty Python, The Beatles, Van Dyke Parks, Randy Newman, Paul Willams, Brian Wilson, Cher-producer Jimmy Webb and Cher-friend Mark Hudson (with rainbow colored beard). Other than comments from his ex-wife and widow that is. There was seemingly no collaboration with women artists. Which makes the Cher duet even more interesting and mysterious.

Although most know Nilsson for his bursting ballad "Without You" which he hated, he also wrote "One" the song Three Dog Night made famous, "Cuddly Toy" made famous by The Monkees and "Girlfriend" which was edited to best friend for the theme of that 70s show The Courtship of Eddie's Father. You'd also recognize the "Coconut" song from the 70s and "Everybody's Talkin'", the hit from Midnight Cowboy. A singer's singer and a writer's writer, he was more popular among his peers than he was on the charts. He also refused to perform live or do a single tour, which may have limited his reputation. His newly released Greatest Hits has many of the best songs from the documentary (which was long and repetitive, but informative....you kept thinking his hard partying was going to lead to a bad end...but it didn't really).

I learned a lot about producer Richard Perry and the making of Nilsson's biggest album Nilsson Schmilsson. The song "Remember" I like but it almost sounds more like Leon Russel. Other good musical finds were "1941", "Me and My Arrow," "Jump into the Fire" (my favorite), "You're Breakin' My Heart" (reminiscent of Cee-Lo Green's recent hit "F*#k You") and his tracks from the album of standards "A Little Touch of Schmilsson in the NIght".

His voice is sweet and contemplative with a mad edge and his melodies are meandering and experimental. Probably deserves more credit than being a one-hit-wonder. If only he had toured... 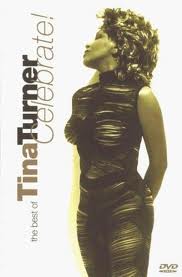 I also finally watched Tina Turner Celebrate!, the concert special with sound bites of celebrities wishing her a happy 60th birthday back in 1999. Cher has a few interesting sound bites. She calls Tina "a hurricane, a tornado, a force of nature."

Cher and Tina also discuss (painfully briefly) their meeting during 1975 on The Cher Show where Tina questioned Cher about leaving Sonny and thereby gained the courage to leave Ike Turner. Tina said she and Cher "came along the same way although hers wasn't Nutbush."

I loved the venue for this show...so intimate. Tina's show is incredible high energy and her duet with Bryan Adams was awesome. I also loved her dancers: clean, fun, and throwbacks to the Ikettes yet totally different. I also fell in love with the song and video "Whatever You Need" which I soon realized was filmed in Paris near where John and I stayed. The video takes place at those the Roman ruins found under those apartments near The Latin Quarter and Jardin des Plantes.

You wanna know about Nilsson (and Cher) go to the source. For the Love Of Harry
http://fortheloveofharry.blogspot.com/

Tina Turner has been around for ages, A lot of stars from today may only hope to stay on top as long as she did.

Not to mention, the hard life she had.