Cher was on the BBC Graham Norton Show on December 17. I love this hilarious show. She laughed a lot but she also looked unsure and a bit uncomfortable with Norton's antics. She sat with Norton and comedienne Dawn French (of French and Saunders).

Thankfully the covered all Cher's recent wardrobe snafus so we don’t have to here (Oh the Spain premiere pics where she exposes the girls got the Cher Freaks into a frazzle!)

She talks also about Zookeeper: she was originally cast as a giraffe but got moved to the Lion wife of Sylvester Stallone.

I’m a quarter Cornish by the way and there were two unrelated mentions of Cornwall in the show. 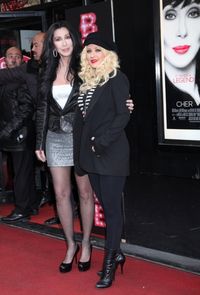 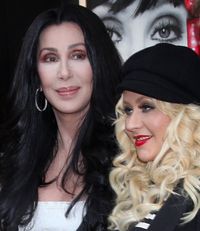 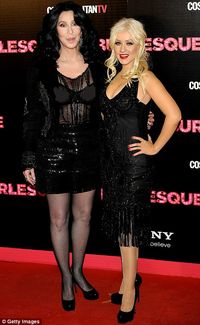 (I had to learn how to use the eraser tool in Photoshop.) 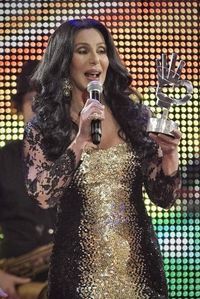 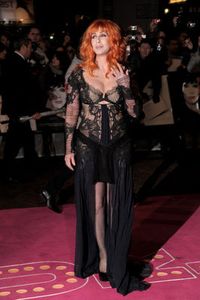 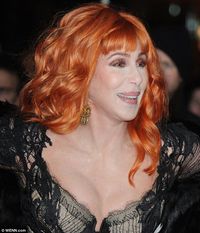 In London, signing for fans: http://www.youtube.com/watch?v=sKXeWcoLH4Y 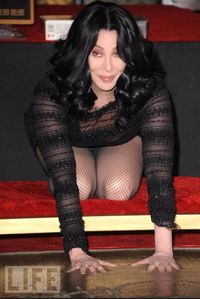 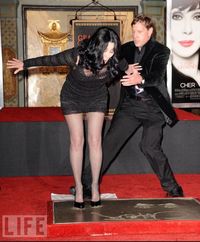 i've said it before-i say it again:
MARYELIZABETH- thank you so
much for giving us these wonderful CHER moments...how
else would we know "all things cher?"
having said that- i'm stillllllll jealous of you bitch-- because, you contine to live the life i always wanted... ")

NO,NO,NO,NO,NO,NO--
how can they possibly change
CHER to a supporting role???
CHER is NOT a female lion...
AS everyone knows- in the animal kingdom- the females
are always common, colorless, drab, washed-out and in the background....
adhereing to the
Dominant Male....

CHER would have made a
GREAT giraffe.... GIRAFFES
even look like CHER--- their
eyes....their bone-structure... their looooonnnng,
sensual necks, hips and legs....AND, their COOL
ward-robe......

merry christmas
i love you all...