Glory and Tragedy at the Burlesque Premiere 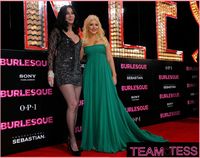 The Burlesque Hollywood premiere was broadcast live on YouTube Monday night. It was lots of fun to embed the code into this very blog and watch all the glamorous happenings. The premiere was held with much hoopla at Grauman’s Chinese Theater on Hollywood Boulevard, truly an old-school location for a potential blockbuster musical.

I guess Cher's visit there reminded the Gods of Grauman’s that Cher’s tootsies have not yet been laid into the cement there, a fact that is being corrected today at 5pm PST.

Burlesquestar Cher, is set to take part in a Hand and Footprint Ceremony at Grauman's Chinese Theatre in Los Angeles. The event will take place on November 18 at 5pm.

Unfortunately, after the premiere and a Burlesque party, Ronni Chasen, the publicist working on promoting the movie soundtrack, was gunned down gangland-style on her way driving home.

ABC Local News: “Slain publicist was a fixture in industry” 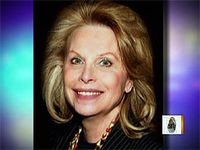 On the night of her murder she had attended the premier of "Burlesque" and had been hard at work promoting the film's soundtrack for awards.

On Tuesday, A-list publicist Kelly Bush released this statement: "All of us in personal publicity are devastated by this tragic loss. Ronni was a terrific publicist, blazing a trail for women in this business like few others. I greatly admired and respected her."

Paul Bloch, co-chairman of Rogers and Cowan, where Ronni once worked said: "She was a powerhouse in the industry. She was as good as it gets. She was a great woman and a brilliant publicist."

The Atlantic: The Ronni Chasen Mystery: Making Sense of the Publicist's Murder

Chasen, 64, was found in her Mercedes-Benz early Tuesday morning, shot five times in the chest.

The prominent Hollywood publicist was at the "Burlesque" premiere on Monday night, a film she was helping to promote. Chasen then attended an after party in West Hollywood before heading home to Westwood.

Chasen's black Mercedes crashed into a light pole on Whittier Drive in Beverly Hills and she died less than an hour later at Cedars-Sinai Medical Center.

Investigators reportedly sought to obtain surveillance video from the homes in Beverly Hills near where the crime took place as well as the W Hotel, where Chasen had attended a party just minutes before her death.

Fellow publicist Michael Levine said he is establishing a reward fund for information that leads to the capture and conviction of Chasen's killer.

The Palm Springs International Film Festival has also set up a reward, offering $100,000 for information.

"Hopefully they'll find the perpetrator and bring him to justice," said Harold Matzner with the festival. " I realize that doesn't bring Ronni back. She's going to be very missed by all of us. She was a very big part of the success of the Film Festival's award gala."

Anyone with information related to the incident is urged to call the Beverly Hills Detectives Hotline at (310) 288-2656.

It's truly an awful story and one that, unfortunately, may haunt the film to some degree.

The premier itself was very festive and no one could predict such a scary event to follow in its shadow. 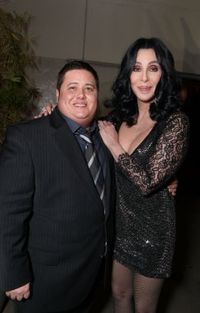 On the live premiere broadcast, KISS FM DJ’s hosted a parade of cast-members and a hand-full of celebrity fans including, Kathy Griffin, Isabella Hoffman,  Tyne Stecklein, Chelsea Traille (a So You Think You Can Dance alum), Robin Antin (sister of Steve), George Hamilton (who saw Cher in Vegas and on set and called her "a worker"), Christina Aquilera, Diane Warren (who claims to have written only one song for the film but news stories keep assigning both of Cher's movie songs to her...I guess we’ll find out when we get the CD next week...Diane says this song is the favorite of all 10 or 12 she’s done for Cher), David Walton, Kristin Cavallari, Debbie Mazar, Peter Gallagher, James Marsden, Steve Antin, Choreographer Denise Faye, Linda Perry (who also wrote a song in the movie), Julianne Huff, Patricia Clarkson (who said “I Love Cher”), Terrence J (who gushed about his first movie scene ever...with Cher), the three Kardashians, Eric Dane (who Cher knew as being friends with Elijah), Stanley Tucci (who is said to have stolen the movie), Cam Gigandet, and last but not least...Cher herself who made a dramatic entrance and when was complimented on her look said "I did my best." (Cher with Chaz above)

KISS FM DJ Ellen K. (who had already seen the film) called Cher "The Godess of Pop," said she wanted more of Cher in the movie, and called the film empowering and inspiring for women.

hey mary I sent you the new cher remix - did you get it?

I didn't get it! Aww. Where did you send it?

to one of the old laddbox email addresses!!!

email me at my nycdishy@aol.com address and i will resend tonight!

Yikes, only 17 million for a 5 day opening total. Well, now that Cher's salary has been made back.....ha!