Me So Sad and Cher, The Female Drag Queen 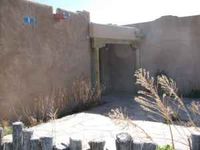 So here is a picture of our little desert oasis, our passive solar rental in the Eldorado area of Santa Fe. And the reason I haven't been posting is because I've been quite preoccupied digging us out of one snafu or disaster after another. This move sucked. Most majorly, our movers (Allied) tossed us aside for a larger client mid-move and we were without our stuff for a week and a half. When the apologetic driver finally showed up, I watched him move boxes upon boxes of Cher stuff into this ant-riddled house and I found myself thinking, who the hell am I?

This move.  It's been something else. We had a strange carpet stain that appeared in the living room of our old house in Redondo Beach mysteriously the day before we moved out.  The drive out was mostly calm, except for getting no sleep at the somewhat shady motel we stopped to rest at in Williams, Arizona. Then there are these ants, these very aggressive black carpenter ants we have found in our bed, crawling on us on the couch, running around in the bathroom, kitchen and dining room. No amount of product or professional extermination has deterred them yet.  Westside living in LA spoiled me for bugs.

Then we bought a dining table in desperation to have somewhere to sit until our furniture arrived and discovered one of the chairs was scratched. On the way to return it, we accidentally broke off one leg. Then we broke the living room ceiling fan. About five things I packed myself were broken in the move, including two of my homemade pots and a vase two girlfriends gave me back when I lived in Lancaster, Pennsylvania.  My dad had to go into surgery suddenly this week due to a previous operation gone awry.  I’m sure there’s more bad news, I’ve just hit my mental capacity to keep processing it.

And I know, as they say, these are real first world problems. It's just the accumulative effect! 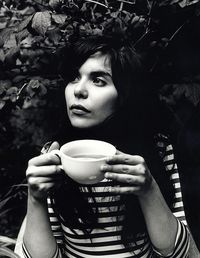 Coping mechanisms over the last two months: I just discovered Paloma Faith and her Want the Truth or Something Beautiful CD from seeing her appearance on Sundance Channel's Live From Abbey Road. She is fucking brilliant. I love almost every track. Her package, her lyrics, her arrangements, her awesome videos…perfect, perfect, perfect.

Before we left I also started watching episodes of Ru Paul’s Drag U on the logo channel. I have to say, Drag Race bored me beyond the first episode with its cattiness. But Drag U, I'm hooked. The first two episodes made me cry.  Okay, it’s possible that I am sentimental to drag, being a fan of Cher and all, one of the most famous female drag Queens in history. See, the word drag itself has been reinterpreted on this show to mean Embracer of Flamboyant Couture. And Ru Paul aims so altruistically to help a few of us hapless gals achieve the glory and confidence that dressing in drag can provide. Many women on the show are either insecure about their looks or uncomfortable with outward displays of femininity. The drag professors on the show (former Drag Race contestants) do what The Swan failed miserably to do: show these gals that beauty is all attitude. You can always slap enough makeup and wear something outrageous enough to kick-start that said attitude and feel, yes, powerful.

feminine gestures, but in how they felt about themselves. I cried when I saw that. Another women struggled with what her mom might think to see her all slutted up. I cried when she came to realize only her opinion of herself was holding her back.  Btw, her mother thought her transformation was lots of fun.  Drag Queens know stuff.

Daren C. Brabham talks more about it in his online article "Power in Parody: Femininity 101 at RuPaul’s Drag U"

...the focus of Queer Eye was to make the straight man more suitable to a straight woman, to define the straight man’s identity and purpose in relation to his opposite-sex counterpart. The purpose of Drag U, however, is to make straight women better individually, to focus on self-improvement and self-esteem as a way to unleash an inner diva capable of doing anything, including attracting a man if she chooses.

This latter point is evident in Reyna’s transformation in the first episode. Reyna mentions her comfort wearing baggy men’s clothing because it hides her cleavage and femininity and allows her to avoid sexual harassment from men and to be taken seriously. She finds dressing feminine as a surrender of power. Yet RuPaul reminds her that he wears women’s clothes to feel more powerful, and that Reyna’s transformation is as much about attitude and confidence as it is about sequins and wigs. Essentially, to parody femininity in the exaggerated art form of drag is to identify the power embedded in the cultural performance of gender, and to distill that power and own it when the wigs and make-up come off. As the professors of Drag Ublur the boundaries of gender and sex so easily, and as they teach the contestants how to confidently play in this liminal space, they empower the contestants to take charge of their own definitions of femininity.

Plus the transformations are awesome and fun, too.

A recent article in the Vancouver Sun by Shelly Fralic called "Cher Grande Dame of Showgirls" reminds us of the power found in Cher's transformations with "drag."

Is there anything as radiant, and yet comforting and predictable, as the sun rising every morning in the eastern sky?

Cher’s a showgirl, the kind of entertainer whose fan base covers every demographic, from the casually dressed Las Vegas buffet crowd to high-rollers in diamonds and heels, from couples in their 30s to boomers wearing boas, from glittery teenagers to cheering sections of adoring gays.

Cher is all pop culture opera, an over-the-top modern day minstrel with a cute derriere and a big voice, and to say she was made for Vegas and backup dancers is to drastically understate the obvious, for nowhere does her confident campy persona fit so snugly as it does in the city of spectacle.

There is about her, and has been from the beginning, that rare magic fairy dust possessed by all great entertainers, from the Rat Pack of Las Vegas lore to Canadian chanteuse Celine Dion, for whom the Colosseum at Caesar’s was built.

Theirs is not flash-in-the-pan, flame-out celebrity, but something commanding and perennial and — like ‘em or not — it’s what keeps the turnstiles clicking.