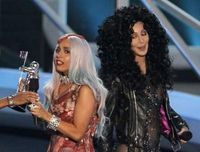 Cher presented the final award of the night at MTV's Video Music Awards.

Cher praised Lady Gaga's "meat" outfit a day after she presented her with the MTV Video Music Award for Video of the Year for "Bad Romance", adding that the pop singer's purse, made out of the same material, was "genius."

"Loved doing VMA's!" Cher wrote on her Twitter page. "Lady Gaga rocked it. Meat Dress was So INTERESTING Up Close. The way it was cut & fitted to her body was AMAZING! Meat purse was genius! As Art piece it was astonishing! No moral Judgement!"

Lady Gaga won 8 little trophies Sunday night and made a few dramatic costume changes, which I think was overkill but then I think everything about Lady Gaga is overkill. And she's less interesting to me than Paloma Faith, who is doing similar theatrics.

One of Gaga's dresses did cause a stir, her meat dress and purse ("I never thought I'd be asking Cher to hold my meat purse"...well, who would?). Apparently a similar "meat bikini" worn on Vogue caused a ruffle from PETA. Lady Gaga is allegedly a vegan so I don't know if that was a statement of some kind but...it's more of the vague, over-emotive-yet-emotionless overkill I come to expect from LG.

Lady Gaga arrived at the ceremony in Los Angeles on Sunday with several members of the U.S. military to protest the long-standing "Don't Ask, Don't tell" policy, which was recently overturned in California. "It is a devastation to me that I know my fans who are gay, who feel like bad kids, they feel like they have oppression, government oppression on them," she told Ellen Degeneres on her talk show following the ceremony, which saw her win eight awards. "That's actually why I wore the meat tonight." 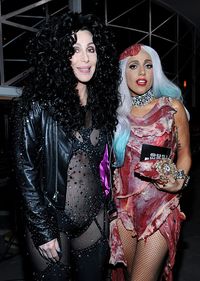 Okay, I fully support bringing gay military to the event to protest Don't Ask, Don't Tell. You have me there...but trying to rationalize that with duct tape to your meat dress...makes no sense and is PR junk in my ear.

LG said about the dress:

"However, it has many interpretations, but for me this evening ... If we don't stand up for what we believe in and if we don't fight for our rights, pretty soon we're going to have as much rights as the meat on our own bones. And I am not a piece of meat."

I guess everything has so many interpretations...you can always throw that asinine comment into the argument. But truth be told, some interpretations are stupid.

Cher, also known for her wild outfits, had appeared at the MTV Video Music Awards wearing a black bodysuit she wore more than 20 years ago in her 1989 music video "If I Could Turn Back Time", which was seen as risque when it premiered.

Anyway...for the best outfit of the week, I am voting for Zozobra, the marionette they burned last Thursday night in Santa Fe...like Burning Man but on a smaller scale.

It was just the enormity of the outfit and the fact it got torched at the end of the night...now that's entertainment! 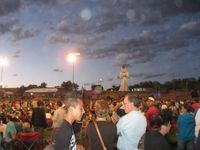 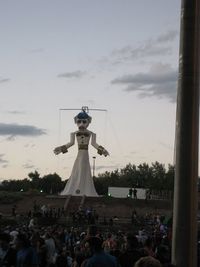 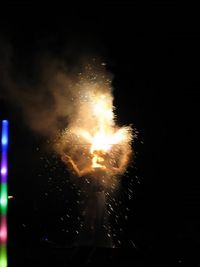 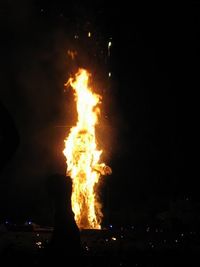 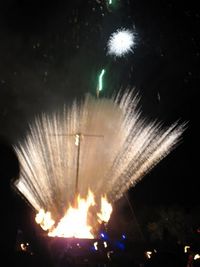 Okay, now don't get me started on how big that Cher wig is. 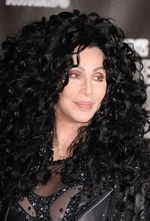 Posted at 11:41 AM in Cher Outfit Watch, Television, What This Really Says About Me | Permalink | Comments (3)

that wig is just tooo big for her head!

CHER's hair can NEVER be too BIG

Mary glad u are getting settled in and hope ur ant problem is solved soon.

Gaga walks like she's about 80 years old. Didn't I hear that she has lupus?