Me So Sad and Cher, The Female Drag Queen
TV Alert: Cher on VMA Tonight! 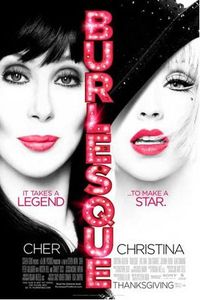 What a great time to be a Cher fan, huh? With posters like that?

This will look great next to the Tea with Mussolini poster!

And the trailer is up on the youtubes! How fun!

On my last night in LA, I got together with my bffs and we watched Witches of Eastwick on Blu-ray. I took the opportunity to show them the trailer...and I have to be honest, they hated it, thought it was full of cliche.

But I...am very excited about it.

“It really won’t be Believe-ish,” she says. “It will be more…I don’t know how to say it. I can’t put a genre to it. It’s a little bit more real instruments, like guitars and stuff like that.” Don’t get too excited Cher fans: the singer admits she’s still very early in the recording process.

Says Cher, “I just got some of the songs and I’m just learning [them] so I’m kind of at that beginning stage where you’re taking baby steps.” 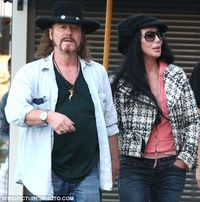 And...and...we got to see Cher out on the town with her beau...how exciting! I like this guy.

i listened to
CHER...FOVY LADY
tonite...

the songs change and
complement each other...
slow...fast...slow fast...

BUT,
the first 3 or so songs
are good...
but, her voice could have
been stronger and more
"confident"...
AS,
the album goes on
you understand what I
mean... because,
it sounds better and
better...

JImmyDean
ps..
where are you
JEFF KITCHEN????