I have lived in many houses
But not as yet a yurt.

I would like to take this opportunity to highlight the link that Cher scholar JimmyDean pointed out last week: Architectural Digest's online retrospective of a sampling of Cher's homes (not all of their features are covered).

There have been so many Cher homes, probably even a yurt somewhere in there, truth be told. But I have only three that I'm sentimental about, having lived in none of them: The S&C house on Carrolwood in Bel Air; the Egyptian house from the Barbara Walter's interview, and the last Malibu house with the infinity pool. But because Carrolwood was captured on the back of the S&C All I Ever Need is You album, I never tire of seeing pictures of it. 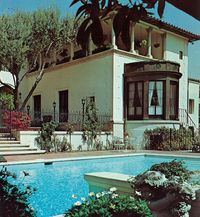 I've never seen this photo above before. Do you remember from the S&C Comedy Hour that video with Sonny and Chastity running around the house grounds? 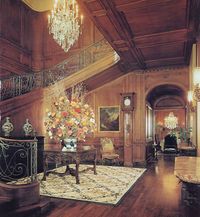 ..or the Bittersweet White LIght album jacket from 1973? 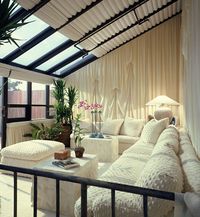 ...or imagine Cher and Robert C. talking into the wee hours on these couches of her New York City triplex?

...or the family Christmases in Aspen?