Three Cher Jokes I Am Deathly Tired Of

In the movie Silkwood, Cher's girlfriend, the makeup artist, had a great quote: "I am sooo tired of your jokes." 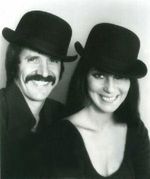 1. Sonny Bono is short
Roseanne dug this one out of a coffin recently. The joke is older than cable; it's geriatric; and exposes nothing note-worthy other than the advanced age of the person telling it. 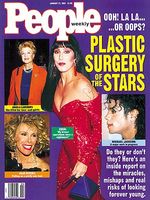 2. Cher is made of plastic materials
The in-the-know-adage today goes that it's hard to find an actor or actress in America over middle age who hasn’t had “work done.” Sad but true. Modern reality just makes the Cher joke a moot point and has all the surprise and subtlety of a beaten dead horse.

3. The only thing to survive a nuclear holocaust will be cockroaches and Cher
There are so many things wrong with this joke, my head spins trying to decide where to begin. First of all holocaust equals comedy killer. Second, they say the same joke about Keith Richards. So who will it be? Richards or Cher? Or is it supposed to be both? Well, then it's just not funny: cockroaches, Keith Richards and Cher. And finally, the thing that bothers me most about this joke is that it belittles the awesome achievement that is surviving in Hollywood and still getting job offers five decades straight. For real, you can throw a dime anywhere in LA and hit an out-of-work actor, singer, or still-famous person. Even they can’t get hired! I heard the other day someone say, only in LA can you go to an old apartment building you once lived in and run into some actor living there who used to be on a television show you loved in the 1970s (or 80s or 90s!) Lasting longer than 10 years in entertainment is rare, rare, rare, rare and rare. Hundreds and hundreds of people have made it their life’s only mission to keep trying that feat. And they will all fail. If you think it 'aint so hard, let’s see you do it.

Here’s a clip of Cher winning a Golden Globe for Silkwood in the early 80s -- with her charming, old teeth, Chastity with a mullet, and Jeff Bridges announcing her name and then standing behind her while she accepts. Which is pleasant symmetry with two Sundays ago at the 2010 Golden Globes when Cher announced a Golden Globe winner for Jeff Bridges' current movie.

Cher winning a Golden Globe for Silkwood -- that was over 25 years ago!

I think Cher herself is responsible for saying #3.