The CCA and Craniofacial Acceptance Month
Circling Back 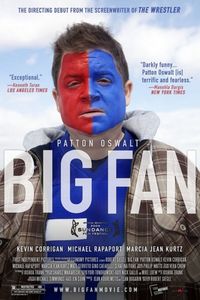 Not only do I wade in my own celebrity obsession (a fact proven by the existence of this very blog) without apology and quite naturally if I don’t say so myself (I have some mad skillz in this particular brand of nuttiness); but I also partake in studying and discussing the larger issues and problems with celebrity obsessions in general, which are many.

Two pieces of pop culture have come to my attention this week dealing with the topic on fandom gone bad. First I plan to see the new movie Big Fan this weekend starring Patton Oswalt and written and directed by Robert D. Siegel (of The Wrestler).

The synopsis of the movie from imdb:

Big Fan follows the life of Paul Aufiero (Patton Oswalt), a devout New York Giants fan, and parking garage attendant. Paul plods along through his life, living with his mother (Marcia Jean Kurtz) in Staten Island… We soon see that the only thing that Paul really cares about is football, or more specifically, the New York Giants. Paul meticulously crafts rants about why his Giants are "destined" for glory and calls in to a local late-night sports radio show where he is a known contributor and enemy of Philadelphia Eagles fan, Philadelphia Phil. Things then take a turn for Paul as a night out with his best friend Sal (Kevin Corrigan) results in a sighting of his favorite player Quantrell Bishop (Jonathan Hamm). Paul finally builds up the guts to go over and talk to Bishop and in a drunken state Bishop misinterprets something Paul says and beats him to a pulp. The rest of the film follows Paul and his struggle to figure out his life as everyone around him tries to get him to sue, and imprison his hero, all while his Giants stumble and fall from their path to "destiny"

Wow…this goes right to the jugular of the problems of living your life inside of another life (your celebrity’s) instead of your own.

What starts out as a dream come true turns into a nightmare as a misunderstanding ignites a violent confrontation, and Paul is sent down a path that will test his devotion to the extreme. Patton Oswalt is perfectly cast as Paul, infusing him with a humanity that renders him empathetic instead of pathetic. Siegel has an innate understanding of—and reverence for—his characters but finds humor in every scene by perfectly capturing the details of their world. From the posters on the walls, to the NFL bed sheets, to the ""spontaneous"" smack talking, he nails it. Big Fan resonates with truth and insight, and the result is a film that will make you laugh and wince at the same time—a very winning combination.

Paul is a setup for an easy joke on losers. That the joke never comes is a tribute to writer Robert Siegel who makes a potent directing debut with a scrappy movie that refuses to sentimentalize or ridicule its besieged hero worshipper. His pain, like his loneliness, is palpably real.

A film all obsessed Cher fans should see. http://www.bigfanmovie.com/

Secondly, my friend Christopher also sent me an album by a band-or-singer (I'm not sure) called Fisher. The second song on the album is another gem about fan obsession called “Biggest Fan.” The lyrics are a bit chilling: 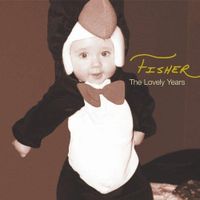 And if I met you on the street
Would you be really nice to me
Or would you ignore me and make me feel stupid
I feel like I know you like a friend
Seen every movie you’ve been in
If you ignore me, I’ll hate you
Cos I am your biggest fan

Of course the story denegrates from there into screaming and an arrest. Get a copy at your nearest iTunes location.

im always telling you
im gonna write SHIT...
should, i send you an
essay about what it has been like to be a S&C fan????

Here is a new cher article

dave,
cool... where are the other photos??? and why did it take all day and night????
were you waiting on the light changes????
jimmyDean