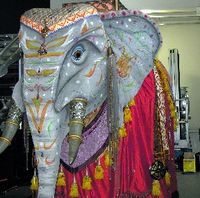 With a name like The Zookeeper you know there’s bound to be trouble!

Yes, especially since Cher just attended a Zoo protest earlier this year. Maybe she plans to go all Trojan horse on the film with inside activism. Hmm…somehow I doubt this.

The film...has contracted the company Birds & Animals Unlimited to supply their animals for the shoot…and PETA is not happy. Turns out Birds & Animals Unlimited have received TONS of violations from the USDA and have quite the reputation. To help mend the situation, PETA has written a letter to the stars of the film saying: “Exotic animals used as involuntary ‘actors’ are routinely subjected to rigorous and abusive training methods to coerce them into performing acts that are stressful, uncomfortable, confusing and even painful.” The answer: PETA suggests using computer generated imagery.

Although PETA can sometimes make me cringe, I support their cause. I've done my time with anti-fur and Farm Sanctuary marching. Which is not to say I would be able to boycott this movie as easily as I am now able to boycott Whole Foods. I would still go to the movie even if they exploited animals to make it. I would just be forced to whine and complain about the abuse before and after the movie.