Okay so my actual 40th Birthday was hellish. Basically a chaotic work day of disaster. I got home and my bf had set out two sets of flowers (roses and orange daises that I like), the daises displayed very cutely in an old coffee thermos because he couldn’t find another vase. He also set up both champagne and champagne cake, too. We watched ghost shows.

The next day was my 40th celebration day -- officially. We went to a DVD-signing at Dark Delicacies in Burbank to visit our friend Akiko Shima who is in the DVD, a horror flick called Ghost Month. Akiko is very creepy in the movie and has a great death scene.

Then we went to buy my present: a VHS-DVD-R dubbing contraption that will help me convert a lifetime’s worth of Cher clips on VHS over to DVD. A very generous gift in so many ways.

I will also be able to re-watch quite a few John Waite videos taped a thousand times. We also found the wedding guestbook pens we’ve been looking for at an art store and then we cruised over to dinner at Maloon Sunset, my favorite restaurant for their spicy corn on the cob, salsa trio appetizer and hotter-than-hell shrimp diablo. I’ve been there four times and always get the exact same thing.

Then we went to see the new Harry Potter movie at Mann's theater over on Hollywood Blvd. Potter was great, per usual, except for one fatal flaw. They cut out all the back story on Professor Snape (played by Alan Rickman). Not only is Snape my favorite character but his development is the point of this whole book (The Half-Blood Prince). It explains all his prejudices (the book does, with real heart -- it’s Wuthering Heights-esque), and not only does this prepare you for the series finale, it serves to knock you off your own prejudices about good and evil and who is on who’s side.

You could say Snape and Potter are the characters that define the whole series and its main theme. Cutting out the meat of the book made me feel emotionally robbed and also robbed of major plot foundation, and then confused about why the movie-makers decided to even keep the title if they were barely going to refer to it. They tried to cover that fact by a throwing in a scene at the end to quickly resolve that elephant-in-the-room, and that scene was frankly insulting to the book’s readers.

Since birthday weekend, I’ve been dealing with work craziness and car issues. So not a great week starting my somewhat-middle-age.

This week I also checked out a Cher compilation CD I found at Amoeba Records, a compilation I didn’t think I had – although there are so many Cher compilations now, I’m starting to forget.  This one is The Best of Cher The Early Years, a two CD Set -- undated.

A waste of God’s good materials if you ask me.

I always wonder how songs are picked for these when they’re not actually comprised of real hits. The producers quirky choices? Random selections out of a hat? This set is divided like as follows...

CD 1: Gypsies, Tramps & Thieves (I appreciate the attempt to correct the spelling of 'Gypsys' but is it better to be a good speller or misquote history?)

Okay kids, so this is basically a redux of Cher (1971), the album later re-titled Gypsys Tramps & Thieves. Maybe the re-release of the CD is already out of print, thus necessitating HALF of this compilation being taken up by a re-re-release of the whole damn thing. More likely, it looks like somebody had a mass of old Gypsys, Tramps & Thieves album CDs without cases, vulnerable to repackaging just like those old Mego doll Cher heads in the late-70s that were left over and stuck on cheaper plastic barbie bodies. Atrocities to Cher heads, that was.

Half Breed is what the second CD is titled and I’d think we’d be getting the full Half-Breed album, if I've learned anything from what’s on CD 1. What was I thinking? Trying to use logic on Cher compilations is thankless.

At first I thought we were getting Cher’s Greatest Hits (1974 MCA) until I hit “The First Time.” What hodge-podge of hits and non-hits is this? And WTF, two songs repeated twice? And the same 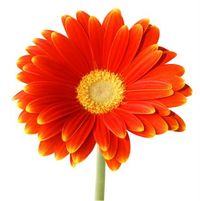 song beginning and ending the entire compilation...for no purpose!!

Listen, I don’t care if you try to rip me off with cheap compilations, you scammy record-companies. But just don’t throw crap at a wall. Is that too much to ask? Can you at least put ten minutes of thought into this junk before you send it on its merry way? With all of Cher’s recordings in the world, ten monkeys could type out more coherent, cohesive compilations combinations.

Okay...maybe that’s my lack-of-transportation-frustration talking.  But come on. Is it me?

do you take great trips and buy/experience really cool
shit?????

and if you are putting all that stuff on dvd...can i get a copy... also, if you ever find a copy of the album: "Rita Coolidge-Fall into Spring"- buy it, put it on cd for me and send it over.....

i've never read the HP books or seen the movies- except for when i worked in this huge movie complex in
Austin,TX- where there was a full restuarant/BAR...you ordered in the various movie theatres and we brought everything to your seat like pizza, clamsandfetticini, champagne, and buckets of beer... anyway, people only ordered at the beginning/middle/and sometimes end of each movie...
SO, i always saw the exact same HP scenes over and over...imagine carrying food and drink on a huge tray to a group of people in the DARK and you have to bend down like a pretezel while going down the rows of feet.....
i actually care more about the story of JK Rowling herself....
AND, when r u going to stop buying all those complilation cds... we all have them a million times over...but don't feel bad, as i told you in email- i got drunk and bought $50 worth of the exact same cds i already have....S&C included....

AND I AM SO SICK&TIRED OF EVERYONE GOING ON ABOUT THE
RIGHT/WRONG SPELLING OF
"gypsys". I got the original album in 1971 and
IT WAS SPELLED "GYPSYS" AND I LOVE THAT SPELLING... IT MADE IT UNIQUE... i was pissed off when it came out
years later spelled "gypsies."

THE CORRECT SPELLING IS
"GYPSYS!" SO, everyone stop trying to change it and let it go and stop bitching about it....or i'll kick your ass!!!!

im also telling everyone about the movie and soundtrack cd:
SHORTBUS... i love the music... im listening to it again now....

the main comtributor to the music was "Scott Matthew."
i have his cd too, which by the way some of the same songs are there again, since, he wrote them.....

ute lemper or anita O'day
anyone?????

oh, and speaking of ghost movies: has anyone seen the movie(not the documentary):

"The Haunting in Connecticutt."

with virginia madson(she was the blonde chick in the "i found someone" video....yes, cher....)

the son is the guy from twilight and the father is from "weeds." strangely, his name is "peter" in this one too...

anyway, it's based on a true story and documentary from one of the cable tv channels....

it's scary and i was watching in the daylight..and i must say it was on my mind when i slept throught the night....

Mary Mary Mary
Life is hard....LOL
Happy Birthday
Hope you growled under ur breath to have your fiance washed and brought to your tent!!!!
Tell me more about this VHS to DVD thingy ma-jigger you bought....

1. the story of JK Rowling herself IS inspiring.
2. we listened to the Shortbus soundtrack on the way back from Vegas (5 girls in a car) - was good.
3. Liked Haunting in CT - bf hated it. I appreciate any attempt to tell a haunted house story. which is why I love the proliferation haunted house shows on TV now (Ghostly Encounters, My Ghost Story, Hauntings, Ghost Hungers, GHI)
4. Tyler...will tell more about the thingamagig soon...after I figure out how to get it going.

1. the story of JK Rowling herself is inspiring.
2. we listened to the Shortbus soundtrack on the way back from Vegas (5 girls in a car) - was good.
3. Liked Haunting in CT - bf hated it. I appreciate any attempt to tell a haunted house story. which is why I love the proliferation haunted house shows on TV now (Ghostly Encounters, My Ghost Story, Hauntings, Ghost Hungers, GHI)
4. Tyler...will tell more about the thingamagig soon...after I figure out how to get it going.

Mary: This compilation that you're so hilariously venting about is just a re-packaging of two CDs that you could also buy separately...

CD1 is the entire CHER (a/k/a GYPSYS) album, and CD2 is that cheap "buget-priced" HALF-BREED compilation of Kapp/MCA songs that came out in 1992 (the cover was a modified version of the photo on the back of STARS).

On the back cover you'll see this: "Previously available as MCAD 31376 and MCAD 20210." Therefore, no cohesion with this compilation whatsoever...

Back in the day, I got mine at Best Buy and I thought it had a "Best Buy Exclusive" sticker on it, but I could be wrong about that...

And yes, it's "Gypsys"!! And I will always and forever call the album by its original title, CHER.

JimmyDean: I haven't yet seen the movie SHORTBUS or heard the soundtrack, but I did see Jay Brannan in concert last month, and he was amazing!

Oh, and I think it's so funny that the cover photo includes the subtitle "THE EARLY YEARS" when there's absolutely nothing "early" about anything on this compilation!

Thank you Dann! I think I have this Half Breed compilation on cassette (and that makes me feel a tad old) somewhere. That make sense. Wait, it still doesn't make sense but...it just re-confirms my Cher doll head theory. There's a warehouse somewhere of unsold Cher product just waiting to trick us into re-buying it!

It would take a whole 40 years to research and attempt to understand the many dozens of Cher compilations. One day...