Where Cher and I Have Been
Cher to Fireman: Call Me 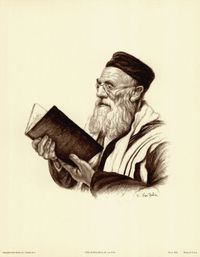 Recently I’ve added a new section to CherScholar.com called Expert Cornerand it’s a place where other profound Cher thinkers can ponder the deep questions of the Cher. It's been my pleasure to post a standard Q&A on Cherness and also the first in (hopefully) a series of timelines that show the arc of the Cher phenomenon from different angles. Material so far has been contributed by these very fine Cher scholars:

Ward Lamb
The first time I heard about Ward Lamb was at the first Cher Convention at Chicago in 2000. Everyone (and I mean everyone) left the main floor in a rush to go hear his Cher seminar. I was a bit peeved that I couldn’t attend too. I had to hold down the fort at my Cher Zine table next toMary Anne Cassata’s (of the awesome Cher Scrapbook) and her magazine table. Then I remembered I had read his very thorough Cher album retrospective in Goldmine the year before. Later at the convention, I met him at the final banquet dinner. I had just won a framed Italian print of Tea with Mussolini while those convention auctions were still winnable. Ward introduced himself with compliments about the zine. At the next Cher convention two years later in Vegas I made sure to attend his seminar on rare Cher 45s--I loved it. My friends asked him if he was related to the novelist Wally Lamb (he wasn’t). He entered in the first Cher game, a trivia contest I was hosting and he won first place. He went on to do quite detailed liner notes for Cher’s Sundazed and Rhino re-releases.

Robrt Pela
Years ago writer Robrt Pela contacted me with some very kind words after having read through CherScholar.com and since then he’s been a great source of not only great wit and Cher commentary but cultural commentary in general. His pushes me to be a better scholar.

(By the way, both Robrt and Ward have expertise in the decade of Cher I am particularly weak in – the 60s.)

Mike Khouri
Recently I read some of Mike’s liner notes for Cher’s DVDs and a few compilation albums on MCA. He also did the liner notes for the re-release of I Paralyze, filling in some detail on the making of that that oft-glossed-over album.

I hope you enjoy these Cher writings as much as I have. These are three swanky-smart Cher scholars!