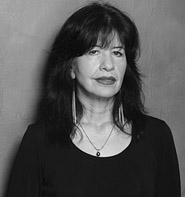 I love literature...so you know I really love to find Cher references in literature.

My bf and I went to see a play at the Los Angeles' Autry Museum of the West. It was basically a one-woman show (with funky musical accents added by the fabulous -- and fabulously sexy -- guitarist Larry Williams) depicting Joy Harjo's early life story. Harjo is a pretty major poet of Mvskoke Nation descent.

According to her story (which she said was loosely biographical), her father was an alcoholic who eventually left the family, her mother was a thwarted singer who clung to abusive husbands and Harjo herself struggled through life on her own.

The title of the play does the show no service; the story is much more realistic and gritty than Wings of Night Sky, Wings of Morning Light implies and is more about the identity and social struggles of a young native American growing up in the 60s and 70s with a harsh home life and a poetic soul.

Harjo seamlessly splices together musical moments with direct storytelling interlaced with Native American parables. Every parable works as an effective punctuation to points she is making about her struggles to find meaning in heartache and feelings of abandonment.

Line by line, sheer poetry. It was amazing to watch. At the end, Harjo passed out gifts for audience members, a gesture of thank you for coming. I felt a pressure in my chest, realizing the show was over. Than I realized, that was my heart spinning!

I was moved and inspired. Doesn’t happen every day.

I purchased Harjo's poetry collection The Woman Who Fell From the Skyand on the back cover feminist-powerhouse-poet Adrienne Rich descirbes Harjo's writing as "precise and unsentimental." And this was the power of her show. It was stunningly stark and the “Spirit Helper,” hollering, props and songs all served to say something deeper about her main points, instead of ornament them in a stereotypically new-agey way.

So about the Cher reference...Harjo describes an episode during her young adulthood, partying sometime during the 1970s outside with some cross-dressing Native Americans, which is an amazing image in itself. One "Navajo drag queen" is spangled out in a flamboyant dress and is drunkenly trying to celebrate the birthday of Cher. He eventually gets arrested and in avoiding arrest herself, Harjo meets the father of her children.

I'm not yet widely read on Harjo, but here is a poem from an anthology that I really loved, a poem that was also the title of one of her collections, She Had Some Horses

The last lines seem both Zen-sounding and still Mvskoke philosophy.

These were the same horses.

You need to read the entire poem to feel its momentum and strength.

Here's another review of the show which has left LA and is moving to other points across the United States.