Cher at Caesars: Year 2
Cher Talks About Dancing with the Jackson 5

Plea for a Cher Hit 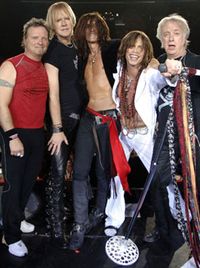 For the past year or two, my good friend Christopher has been imploring me to escalate a very serious issue facing all of us: the fact Cher may not break the record of having a top ten hit four decades in a row.

As time flies in a surrealist painting, Cher has only months to go before the opportunity is gone. It’s panic time.

Christopher suggests that if this feat is not accomplished by a full-fledged record release producing a hit, then maybe some catchy track could be placed on a movie soundtrack post haste.

Here’s what Christopher has to say specifically:

As far as I can tell there are only 4 artists who have scored Top Ten hits in four consecutive decades.

Paul McCartney did so as well (as a member of The Beatles, Wings and solo).  The hit from the 90s was a belatedly released Beatles track.

As you know, Cher has done so as well.

Aerosmith has pulled off a similar feat, but in the 70s, 80s, 90s and 00s.  I am willing to bet $$$ that Aerosmith will indeed earn another Top Ten hit in the upcoming "teens" decade, which means Cher will be left in the dust if she doesn't get her ass in gear.

This is indeed a serious situation. Will Cher be bested by those skinny Aerosmythites? Indeed, I hope not.