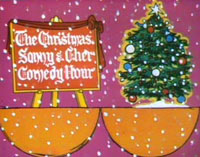 This will probably be my last posting before Christmas. And here I wanted to get to the latest Cherity news and some neato blog posts out there. Oh well, maybe in a few weeks we can get to those.

In the meantime, it's a bit gloomy this year as holidays go: what with nobody having any money, all the financial scams being exposed (in both the private and government sectors), pitiful economy news day after day, shopping homicides (!), less sunlight, post-election withdraw, too many parties and obligations between Thanksgiving and the big day, right-wingers still insisting we all say the word Christmas, Christmas, Christmas 40 times a day because they’re inherently intolerant of sharing their holiday with other belief systems (where is the love, y’all?), a barrage of slashed-priced store sales reminding us how desperate the retail industry is, and my favorite holiday grievance--poorly strewn holiday lights on front lawns. I really hate that. I can’t stress this enough. I think subliminally it makes us all very grouchy. (for an example of bad Christmas decorating, see the Sonny & Cher Show set below; who hung that red garland so sloppily?) And people who can’t manage to string up their lights properly are always too lazy to take said atrocities down in a timely manner--which is January 1st people; it’s why you get the day off.

Day off/Lights off: just remember that.

Here are some Cher-related Christmas activities for you to do this week:

The Sonny & Cher Ford Mustangs are up for sale again next February, 2009. I’m so glad they never split up these two cars into separate foster homes. But I could swear I’ve seen them come up for sale before, maybe twice – hmmm  – maybe it’s the toy model versions I’m thinking of.

Anyway, if during this depression you find yourself with disposable cash for Cher stuff, please give it to Detroit car companies instead or save it to substitute for the next car loan you probably won’t get. Then again, these cars are symbols of The Great American-Made Car. Okay, go ahead and buy them if you must. But only as a political statement.

The car stats:
These cars were customized by George Barris in 1966 and “are rolling tributes to the over-the-top style of the 1960s.” Groovy! You supposedly see them in Good Times but I can’t recall where.

“The Sonny car has an eye-opening Murano Gold Pearl exterior color, dark brown side panel and orange-and-gold "fadeaway" color treatment on the wheelwells and grille. The Cher car is a Hot Pink Pearl and Candy Red blend with deep red side panels. Should that combination seem too staid, a look at the interior should seal the impression of rococo '60s splendor. Sonny's Mustang has bobcat fur, buffed leather and "rustic suede" trim inside. Cher's is dripping with white ermine, hot pink suede and "Scottish leather" upholstery. Did we mention the 3-inch-long Mouton carpet — gold in the Sonny mobile and pink for Cher's car?”

How to get them:
The cars will go on the block at the Greater Fort Lauderdale/Broward County Convention Center over the weekend of February 6-8.

More on the mustangs: http://www.themustangnews.com/people_08/1208-sonny-cher-mustangs-chambers-133.htm (aww look! They got snowed on!)

More on the model kit: http://www.hieroglyph.net/chermodelkit.html 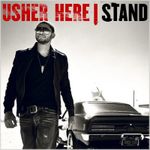 Cher drops another blurb about a possible 60s cover album expected sometime in 2009.

According to a quote in the New York Post:

"I’m planning an album of all these great songs from the ’60s that I’ve never covered before. It was such a magical time for music - groups like The Beatles, the Hollies, the Zombies, the Kinks, the (Rolling) Stones and singers like (Bob) Dylan and Otis Redding… I want to pay tribute to a time when I used to listen to music on my little transistor radio or on my AM radio in my Ford Mustang."

Cher mentions the mustang! What a coincidence! It's going back on sale! She can re-buy it and stick it on the album cover - like Usher did above. Please, can we see an album cover picture of Cher in the great American outdoors?

I like this edition of this news story because they call her an “Armenian Superestrella.”

It may be hard to find a Dylan hit she hasn’t done. She’s already done 10 covers on Imperial alone. Let’s see if I can name them all without looking them up:

Cher's covered The Beatles ("Gotta Get You Into My Life," "Hey Jude," "Something"- all on her first live album plus other various medleys on her 70s TV shows), Ray Davies of The Kinks ("I Go To Sleep" - there's also a great cover of this song on Sia's new album), The Stones ("Satisfaction" on her TV show), Otis Redding ("Sittin on the Dock of the Bay"), I don’t know if she did a Hollies song but John Sebastian was in the Hollies and he was also in Lovin Spoonful and she did their "Do You Believe in Magic" (Sebastian also did the great Welcome Back Kotter theme).

What would be a good Zombies cover? Hmm. Anyone have any thoughts?