Twilight Zone in the US 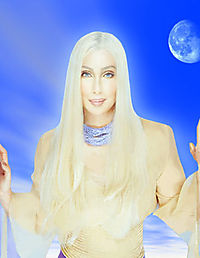 Last week was a bit of a drag in many ways. My bf and I have been really wrapped up in the US presidential elections, my bf writing passioned debates via email while I furiously forward jokes and pundit pieces out in dizzying amounts. We've been watching Keith Olbermann, Rachel Maddow, and The Daily Show non-stop the last week which was filled with insane poltical stunts and antics. We even watched the infamous Walter Cronkite-esque David Letterman show last week where Letterman went political on John McCain's ass. To end the week, we watched the Obama/McCain debate at an Al Franken fundraiser where I spotted The White Stripes' Jack White lumbering sheepishly about.

It's all historic, distressful and exciting at the same time. Which I supposed is typical for all country-altering events. But we're exhausted with ever turn, allegation, and poll cycle. I almost feel held hostage by the US news industrial complex.

And it leaves no time for bloggin. Then you throw in the historic stock market crash today and the congress dramas of bailouts and much hand wringing ensues.

For instance, my own bank was "seized" last week. Seized! I went out an purchased Naomi Wolfe's essay "The End of America." Scary stuff about the slow-motion coop of the Bush Administration.

I made an unsuccessful attempt to cheer myself up by been reading Joan Didion books. First I finishes "Where I'm From" about her ambivalence about growing up Californian and the disjointed self-image of all Californians (new or long-timers). Then last weekend I finished "The Year of Magical Thinking," an absolutely depressing but astute account of the grief she experienced losing her husband and daughter in a short period of time. What was I thinking? I ended the weekend in sadder shape than I started.

And then we hear Cher has been sick with a mystery illness. Any celebrity illness not disclosed automatically assumes itself as a mystery, doesn't it? One report estimated Caesars Palace loses $2 million per week when Cher calls in sick. More dire rumors quickly take off from there: another article speculating she may not continue her run into the next year. Well, that doesn't sound good.

What a vortex of bummerdom we're in! I hope Cher's not freaked out about her stock portfolio. In all things, get well soon!

MARY!!!!
i thought you were a sensible, CA-loving person???
Why are you degrading and belittling yourself by buying into all that Political CRAP???
IM 48 years old(not that i care about the BS age thing), but in all this time, has anything ever happened "for the good of the people?" NO!!!
has anything changed? gotten better? evolved to the next level of existence? NO!
NO! NO!
When are so-called AMERICANS gonna realized they were and are still being CONNED!!!!!
When are so-called AMERICANS gonna stop putting themselves(body&soul) into the faith,trust,care and belief of others(government) whom they don't know, never met, never will,and thinking "OH, they'll take care OF ME."

WHAT IF THEY GAVE AN ELECTION AND NO ONE CAME?

WHAT DO YOU AND YOUR BF THINK OF AYN RAND AND HER WHOLE PHILOSOPHY, WHICH, STARTED OUT AS JUST FICTION IN A NOVEL????

i love her ideals and novels....

JD! That's the attitude that got us into this mess in the first place! ;-) Sure, you can't trust em all the more reason why you can't give up keeping on top of them...or you'll wake up one morning as a serf in a feudal society with a brutal dictator! You think taxes are bad now. It could get much, much, much worse.

Wikipedia on Ayn Rand's philosophy: Ayn Rand characterized Objectivism as a philosophy "for living on earth" grounded in reality and aimed at defining man's nature and the nature of the world in which he lives. Rand presented her philosophy through her novels The Fountainhead, Atlas Shrugged, and other works. She elaborated on her ideas in The Objectivist Newsletter, The Objectivist, The Ayn Rand Letter, Introduction to Objectivist Epistemology, and other non-fiction books.

Objectivism holds that reality exists independent from consciousness; that individual persons are in contact with this reality through sensory perception; that human beings can gain objective knowledge from perception through the process of concept formation; that the proper moral purpose of one's life is the pursuit of one's own happiness or "rational self-interest"; that the only social system consistent with this morality is full respect for individual rights, embodied in pure, consensual laissez-faire capitalism; and that the role of art in human life is to transform man's widest metaphysical ideas, by selective reproduction of reality, into a physical form—a work of art—that one can comprehend and respond to.
------------
As a person of Buddhist leanings, I don't believe there is an objective reality outside our consiousness. Our consciousness is just as interconnected with reality as is the bark of a tree. It's impossible to see where one begins and the other ends. I believe "rational self-interest" leads only to dependence and attachements to never-ending desires for things and desire is that which will ultimately make you suffer. You suffer because you want. Finally, there will never be "consensual laissez-faire capitalism" because the greedy will never consent to playing fair capitalism. We saw this in the 20s and we saw it over the last eight years. No regulation means wholesale robbery. It's like saying "everybody, let's all agree to leave our front doors unlocked! Consensual laissez-faire home security." It just means you're a sucker if you fall for it.

thanks mary.
you've really got me thinking now on all this.
jimmydean

I've been thinking a lot about this too and I have three more points. 1) On an unrelated topic last night (facism), my bf was telling me that in 1922, the socialists and the communists in the Italian parliment were so angry about politics they didn't show up to vote. Mussolini won solely due to that. Had people shown up and voted, Mussolini would never have come to power and coined the term facism itself. Dictators count on apathetic discontent. 2) My new metaphor for removing yourself from political life is like becoming upset and deciding to stay in your bedroom while the robbers run through your house stealing your Grandmother's china. Don't give them permission to take your shit. Shit being your constitutional rights. 3) My bf made an interesting point about captialism. It's a system based on competition. Healthy competition. Every competition you can think of (track races, football games, ballroom dancing) they all need rules and referrees. Competitions without rules referrees won't work...why? Because we're human. We cheat.

I LOVE THIS!!!!
it is so strange, because today i heard on NPR and then read on Gay News.com
that Palin had made some really discouraging remarks about "sexual oreintation". and after i read them I WAS toasty... AND, I thought:
it's all Mary's fault!! IF she hadn't opened her BIG FAT BLOG......... :)

HOnestly, I think YOU and your BF are very intelligent on so many things i don't have the whole rounded story on.(perhaps that is my middle-america/bible belt tunnel-vision upbringing....?)I know when I first moved back to OKlahoma in 2001, after having been in CA for several years: my mouth would literally, fall open at all the atitudes and opinions of the people here, including my own family... BUT, you can't always blame others around you for you....
STILL:
1. i think "we the people" do live in a sort of Feudal
society as Serfs, only, like all things American, it is done "insidiously".
2. I STILL LOVE AYN RAND AND HER PHILOSOPHY, EVEN THOUGH I REALIZE IT HAS IT'S LOOP-HOLES AND IMPOSSIBILITIES.... i read in auto-biographys on her that even she could not completely, and truly, live up to her own Objectivisim. It was her way or no way....
OR, maybe it is that i am in love with her as a fiction writer more... I mean ALL THAT STUFF came out of that little woman, that defected to a new country,written in long hand on legal pads in a green-painted NY apt. AND look at what happened...
3. I love having Mary and the BF to enlighten me....
and i hope if i ever get a BF, it's Mary's... OOPS! I mean a BF like Mary's... :)

jimmydean
ps, whats this about a mysterious alien illness that has CHER in it's grips????