I will be on a two-week hiatus from I Found Some Blog in order to work on a family reunion and my parents’ 50th Anniversary shindig. If I come back sane, I’ll tell you all about it. There is a chance we may never speak again.

So it’s a bummer that my last pre-hiatus post has to be about Cher fans behaving badly. Well, who knows if this arrested guy in the news was even a real Cher fan. He claimed his parents worked for S&C or something as he was grabbing at Cher’s hips at Tootsies Orchid Lounge, a famous honky tonk in Nashville. Yes, the man was plastered so who even knows what kind of a 'Cher fan' he was sober. And frankly, I think only sober fans should count.

There was a lot of fans behaving badly last week. Paparazzi (who are ultimately working on behalf of pop-culture junkies or fans in general) were attacked by surfers in Malibu. Could it be that the LA public is finally taking charge of an issue the authorities have been struggling over for too long?

Apparently photographers were at the beach stalking Matthew McConaughey and some local surfers got angry and pummeled a few of them. Here’s the LA Times story about it.

But the real story here is that paparazzi anger many more people in LA than the celebrities they stalk. The unfamous also feel the strain. A friend of mine from Larchmont recently reported that one day she couldn’t get from her car to her own apartment building as the paparazzi swarm wouldn’t let her pass on her own sidewalk. She had to bully her way through. Then when she reached her front steps she found them sitting there smoking on them. Who were they stalking? Lindsey Lohan on a movie location.

Articles about Cher in Nashville and the arrest are all over:

Posted at 04:59 PM in Cher News, That's The Obsession Talking, Uninhibited (Celebrity Culture), What This Really Says About Me | Permalink | Comments (3)

Blog reviews of Prisoner and Take Me Home 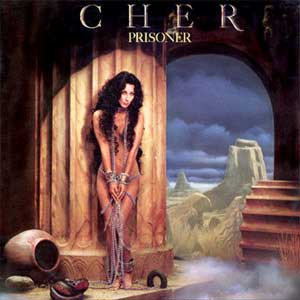 Bradley Jacobson of West Hollywood and the "electronic trashy punky pop band" Swivek has posted a blog review of the album Prisoner. 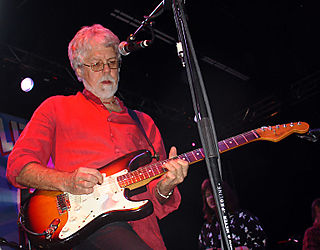 Fred Tackett was profiled recently online. He is still a member of Little Feet and he played in the band on Sonny & Cher shows:

``I played in bands for variety shows, like ‘Sonny & Cher,’ then the Cher show, Tony Orlando’s show, and Donny & Marie Osmond. You could do three of those shows and retire – they’d even pay you three-quarters of your pay for the summer reruns. It was a magical time.''

He was also credited on two of the best of Cher albums Two the Hard Way and Stars.

Learn more about Fred at: http://en.wikipedia.org/wiki/Fred_Tackett

The "I Found Someone" Video 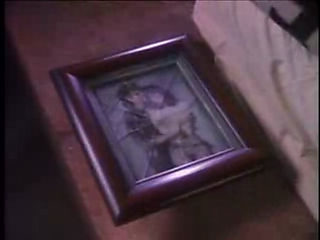 Click here for a very funny blow-by-blow on the “I Found Someone” video and a link below so you can verify the essay’s claims -  among which are: 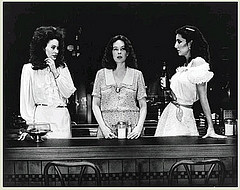 At the end of last year Jimmy Dean sent me some taped TV appearances on DVD. I talked about Black Rose and Monte Carlo earlier, but I was finally was able to watch the 20/20 interview from Come Back to the Five and Dime, Jimmy Dean when it was originally a play on Broadway.

This instantly brought back memories for me. This was back in 1981 before Entertainment Tonight and its insane spawns that all seem like the same show now. Back then you couldn’t get a Cher sighting outside of shows like 20/20. I remember taping this interview (the first Cher interview I ever taped in any format) on my old, top-loading tape recorder. I was 11 or 12 years old and playing back my little audio-cassette, I about memorized every word of this interview. Seeing the visuals again after all this time feels truly bizarre yet thrilling. This interview had some amazing early-80s photos of Cher. I wish I could find a copy of it on the youtubes.

CherCon is coming with some new auction prizes of note. Below is the official press release:

Live Charity Auction by Juliens Auctions
Including 2 Tickets to Cher's September 27th Concert, and Meet and Greet with Cher, and 2 Night Stay at Caesars. And an Autographed Guitar from Musician Frank D. Wright.

Cher fans of all ages and from all over the world are invited to the 16,000 sq ft Tiberius Ballroom at Caesars Palace to celebrate the multi-talented Cher!

All 3 Events - $110 per person in advance, $140 per person at the door. To Pre-Register go to www.CherConvention.com.

All proceeds go to the Children's Craniofacial Association
Cher is the National Spokesperson. She became involved after her award winning performance in the movie 'Mask', in which she played the mother of a boy born with a severe facial disfigurement.  CCA provides support to children born with facial deformities.  www.CCAKids.com.

Posted at 04:22 PM in Scholarship In Action, That's The Obsession Talking | Permalink | Comments (0) 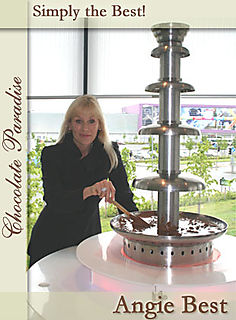 Is chocolate part of the typical training regimen? 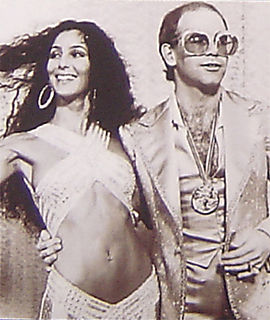 Years ago someone posted a link to a video on the site of the guy who does the video mixes for Cher's shows saying that if you click the Elton John section and then the video for "Original Sin" - at the middle mark of the video, a Britney-Spears-blonde walks through a party, kisses Sonny Bono and then Cher who is holding a baby.

I’ve just watched the video and I don’t think it’s Cher at all because:


Tell me what you Cher-scholars think.

Meet Cher! And Other Opportunities for the Obsessed 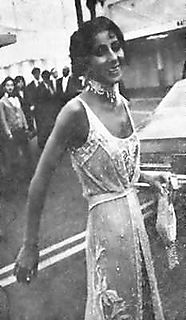 Apparently, Cher was spotted at Foxtail restaurant in West Hollywood this week. Now don’t go looking for those pictures the crazy paparazzi take. Just be content in the knowledge that you now know where she was for 30 minutes one day of the year in 2008. A real knuckle-brained, celebrity-obsessed thing to do would be to actually go there and pretend you were actually having dinner there with Cher. Honestly, that’s exactly the type of activity I don’t recommend. Hey, I’m just doling out some tough love for you right now...because I essentially see the I Found Some Blog as a support group environment – deep down.

A better use of your celebrity obsessed dollars would be to try to win a charity auction where you could actually meet Cher backstage. And by participating you’ll be providing a community service to a charity, which as we discussed last week might just offset the side-effects of too much celebrity obsession, which in its pure form, helps no one.

MEET CHER BACKSTAGE AT HER LAS BEGAS SHOW ON SEPTEMBER 20, 2008!": This is a once-in-a-lifetime opportunity for you and a companion to enjoy Cher during a live performance at her Las Vegas show at the Colosseum at Caesar's Palace and meet her backstage. This fantastic package also includes coach class airfare for two aboard JetBlue AND two night's accommodation that weekend at Caesar's Palace.

PROCEEDS FROM THE EVENT WILL BENEFIT: The Jorge Posada Foundation, a non-profit organization established by the New York Yankees' All-Star Catcher, Jorge Posada, and his wife, Laura. Proceeds will help the foundation reach out to families in need, whose children are affected by Craniosynostosis, and provide them with emotional support through its family support network; provide financial assistance to underwrite a portion of the costs of initial surgeries in its partner medical centers; and encourage further research of this medical condition. The Foundation also strives to create awareness about the condition through events and through funding other educational outreach efforts.

This week we had a financial setback and we think we may have to postpone the wedding for a year. This actually takes me out of the meeting-Cher-via-auction business. But that’s not so much my bag really. Anyway, even though our party-plans have now moved from a boil to a simmer, I’m still on the look-out for some Cher 70s-era dance tracks. This week, the remix of Dark Lady appeared here: http://bcubsmusic.blogspot.com/2008/06/cher-dark-lady.html

The remix is compressed on that site and I couldn’t extract it myself but apparently you can download a free trial version of WinRAR to do this: http://www.rarlabs.com/.

And here’s a celebrity-obsessed project I can fully endorse: creating your own fan-art - be it functional fan-art like purses made of record-albums or classic fan-art like Cher paintings or even Cher-doll-art. This crafty fan has recreated the outfit from Cher’s Caesar’s poster for the newer Cher doll.

By the way, JimmyDean recently suggested I use this dress as my wedding dress prototype.  But I kind of prefer this dress at the top as a prototype. Do you have any other suggestions?

And collecting ancient Cher artifacts is another Cher-obsessed activity that’s harmless in small doses. You can find even more Chertiques at this new trading site: http://www.ioffer.com/search/items/cher/text_pics/ioffer/0/false

Go crazy kids! Can someone loan me a dollar for a lottery ticket? 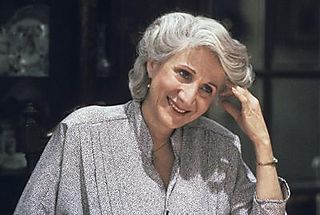 There are two peripheral subjects I’d like to talk about this week.

For one, during my morning radio this week, the movie Moonstruckwas featured prominently. Apparently a New Yorker named Harriet was thrown out of the Democratic Party’s Rules and Bylaws meeting last weekend (the one regarding the Florida and Michigan delegates) for refusing to stop sounding like Olympia Dukakis in Moonstruck. The Stephanie Miller Showkept doing funny between Harriet’s “you’re throwing the election away and for what..?” with Cher’s Moonstruck-mom’s “Your whole life’s goin down the toilet.” Then they’d do the Cher drop “Snap out of it.”

For the record, Cher was supporting Hillary. I liked her reasoning: men have mucked it up for too long. However, I have been supporting Obama because every time Hillary gives a speech or makes an argument in a debate, she talks with the same spin that makes me crazy when the Republicans do it. I know Hillary is supposed to be a great gal behind the scenes; I know Obama and Hillary have basically the same platforms; I know Obama could be a slick as slick is, too, just like any other politician and not the wonderkind we're all making him out to be. But I have more respect for the campaigns he’s run thus far, including his civility under fire, his financial acuity with his fundraising, and his leadership with his staff.

Posted at 02:07 PM in Peripherals, That's The Obsession Talking, Uninhibited (Celebrity Culture), What This Really Says About Me | Permalink | Comments (8)