What Shall We Talk About?

Okay...so the big day arrived this week and reviews are literally pouring in on Cher's Caesar Place show. I don’t want to read them until I see the show next week. I don’t even want to look too hard at the photos. I don’t want to discuss the new stuff until I see it. Which is extremely,  extremely hard!

In fact, for any of the other tours (there have only been three I’ve been able to see live in my lifetime – Heart of Stone, Believe, and Never Can Say Goodbye), I’ve never been able to resist. And I’m getting very, very excited about seeing the show and reading over everybody's thoughts. I just hope I don't get hit by a bus before I can see it! (I always think that right before new Cher product drops).

In fact, I don’t feel like talking about anything else but this thing I can’t talk about!!

But I did post my France pics and here are the Cher-centric ones: 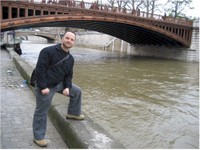 John on the Seine like that Sonny & Cher album back cover pic. 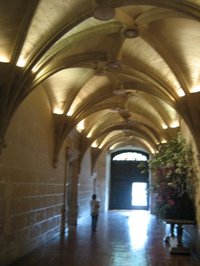 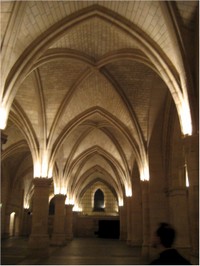 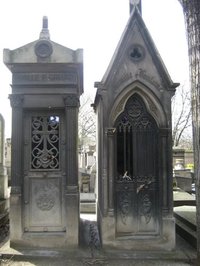 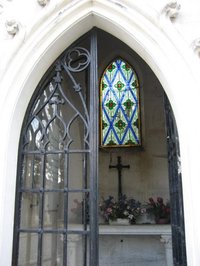 I can totally see why Cher wants to be buried at Pere LaChaise cemetery in Paris. It's very goth. I can see her with a tomb not unlike the one above, but hopefully with some subtle half-breed design in the stained glass...hey, for the fans. I can also take this time to answer a few Cher questions from the blog.

“AND, Mary, why haven't you digressed about the fact that these unlikely 3 would do something together so out-of-line for their personalities???? love and kisses-jimmy”

Jimmy is right. I could easily do an essay about the old 70s-variety format and how we just don’t get miraculous celebrity combinations singing medleys apropos of nothing like we did back in the day. It’s heartbreaking because I’d watch any show that could convince Bono to sing a Madonna medley with Barney and Tiger Woods. Who wouldn’t watch that?? It’s TV Gold.

“Okay, so combining "she’s overdue a juicy boxed-set" and "It’s my dream job really"...How about you tell us what you would put in the ultimate Cher box? Anything you ever wanted on CD, DVD, books, whatever. I'm totally curious what you'd put.

There’s so much I could do as curator of a Chersonian Institute. Really, I don’t know where to start. Her video collection needs a serious overhaul.  More and more we’re finding amazing gems of foreign video clips for old Cher hits on the you-tubes.

I haven’t wrapped my head around what a good box-set of CDs would be. I know the mix I normally make my friends has too many non-hits on it to ever make bank. Other than the obvious of doing notes for the four-CD Warner Bros 1975-1977 re-release collection we're so overdue, I don’t know what other regurgitation of her greatest hits I would feel morally okay with dumping into the pile of too-many-already.

I would love to do a coffee-table book of photographs and essays compiled by various writers on Cher’s career and her cultural relevance. That would be the dreamiest.

Posted at 01:08 PM in Books, Cher Product, Concerts, Music, Questions to Cher Scholar, Television, What This Really Says About Me | Permalink | Comments (4)

MMMMMMMMaaaaaaaaaaaarrrrrrrrrrryyyyy,
Sweety, how the HELL are ya, hun???
1. your BF is so cute and probably hung, does he have a gay, older, twin brother????
2. 10 songs????? just 10 songs???? gee, let me make the mix tape, next time, but III did like your choice of songs... me does like the off songs, because she usually comes thur her best at that time.... AND, let's be honest, either her "people" or her always keep everything COmmerIcAL, ie, the some shit we've heard over and over.....
3. I remember in the 70's on GMA with DAVID and NANCY.
the RONA BARRETT 10 min segment, she talked about
a coffee-table book on cher coming out... i never saw it.... ????
remember, MISS RONA, she did that afternoon abc special "ROna with CHER, raquel, liza, and who was the 4th one???? i can't remember??? CHER was acting SSOOOOOOOOO cool, barefoot and all, AND smoking, YES, smoking!!!!!!
she had feathers on the bottom BELLS of her cool jeans.... if anyone has that show, PLEASE, put it out there for the rest of us... it would be so interesting to hear her COOL jargon via what really happened... this was during her Greg marriage....
Speaking of which, does anyone have the johnny carson show in the 70's, where Sonny was the guest and Cher showed up un-announced????? i never saw that one.... THey had just divorced!!!!
4. Mary, i was going to tell what i know about the concert, but, since YOU are being mums, then so will III....
5. CAN i come live with you???
love and kisses
jimmy

2. that RONA book via GMA was not about her "coming out", it was all things CHER, pics, etc... i realized, the way i worded it sounded????

Hi Mary, Great pictures from your trip, thanks for posting. All things Cher! Speaking of, the Store is out of this world and if anyone WANTS to look check out the Cher.com forum. It's ALL there! You'll die when you see it. I couldn't hold back as much as I wanted and now I'm not so much sorry but my head pounds constantly from the anticipation! You'll have the greatest time. As for all things Cher, a coffee table book is suppose to be in the works and my oh my how great that would be. An inclusive tv overview would be wonderful and yes a SERIOUS overhaul regarding her musical output and video output is in order. I'd for the lesser known songs too!