Videos of the week – the 80s
On Vacation

Hi, u know where I can buy Sanctuary items? Thank u J.

Unfortunatley he missed the era of her catalogue business in the mid-90s. He also

missed her selling off some of the over-stock on her website during the Believe and Farewell Tours. And now he's just missed her latest garage sale. So...short of stalking eBay for the catalogues, I’d suggest heading over to Europe yourself to find your own gothic tchotchkes. Well, okay...it's not that drastic yet.

My own eBay search brought up a gothic trash can 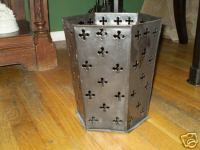 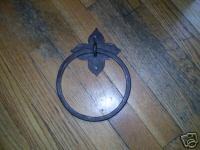 At first I freaked out, thinking that towl holder had been mounted askance in some sort of wood-paneled On Golden Pond cabin. But the towel holder is just eBay-posing on a hardwood floor. Everybody calm down.

Do your own search: http://search.ebay.com/cher+sanctuary

Here's a New York Times article published when the catalogs came out. The article contains interesting facts I must have missed comprehending back then, including:

I don't know why that's interesting...but for some reason it is. When the catalogue came out, I was tempted to buy the incense because it was cheap. But then I realized I hate incense. My celebrity obsession hits a limit with smells I hate.

LOL! Yes...we have become the same. I am getting a little hyper about my pending vacation. More on that later. And I had some time to kill.