A Week in Cher-time
Some Enchanted Evening in Azuza... 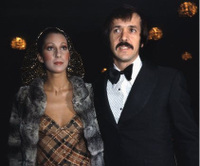 Some clips that have come across Cher Scholar's desk this week:

Good News: the paparazzi are starting to get arrested in LA when their volume and tactics put people in jeopardy. Uh...it's about time. Read about such an arrest.

And if you recall my gripes last week or so about Cher's modern dance routines compared to her 80s Vegas ones, here is a story on her choreographer Doriana Sanchez and how they hooked up. 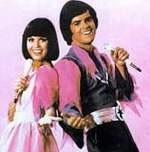 And Cher may not support Obama but he supports Cher: in a joke last week Jay Leno said: "In an interview in People Magazine, Barack Obama said he was more a fan of Sonny and Cher than he was a fan of Donny and Marie. Well, that should answer the question of whether he's black enough!" That's actually very kewl. Sonny & Cher got soul...we knew it!

A party of Sonny, Chers, Donny and Maries 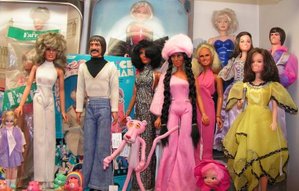 A soulful Cher among honkey Osmonds 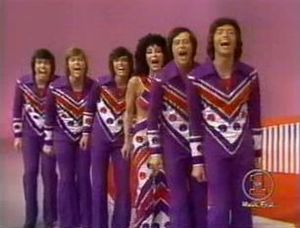 Are you familiar with the X Files episode filled with Cher references, music clips, and various memorabilia appearing at the strangest times, as well as an appearance of 'Cher' performing? (At the end of the episode, they showed the back of a singer that was supposed to be Cher singing Walking in Memphis)

And honestly I'm dying to know what are your thoughts on it?

Wasn't that the episode about the kid who was obsessed with Mask because he had a similar illness to Rocky Dennis? I was a fan of early, more atmospheric X Files episodes but not the more hokey episodes airing later, of which this was one. I hated it; although I have it on some decaying VHS tape somewhere - ahem, for historical archival purposes only.

You didn't like the lighter episodes? I thought they were much needed relief from the over dramatic episodes. Not only did it alternate what you were expecting, it kind of surprised you on lots of levels. Don't get me wrong, I love the atmospheric episodes, there are some really beautiful ones, but I loved seeing Mulder trying to chase down a werewolf on the "COPS" styled episode. It was down right hysterical.

Now a random question, do you think there was more chemistry between Scully and Mulder or Mulder and Krycek, or none at all?

Yeah...and I say I don't like the lighter episodes even when a high school friend of mine was IN one (the one about the magicians). I did think there was chemistry between Scully and Mulder (and I also thought Mulder looked like a Missing-You-era John Waite so that was way hot for me circa the 90s). My fav episode was the Xmas one in the haunted house with Ed Asner. Lighter but still haunted.