My Class is over....here are my last pots
Sonny & Cher on Shindig

'Do you believe' in life after rumours? 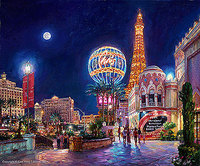 Odd sources have resurrected the gay-reality show story last week but it just never seemed swallowable, even before Liz Rosenberg denied the rumor on ABC News. I’m talking about the show where Cher and Chastity help people come out on television. Cher dying like Greta Garbo in Camille was easier to believe, especially a year or so after Cher was seen shopping for a grave site at Père Lachaise cemetery in Paris and months after she was reported to have given Farah Fawcett German doctor tips for cancer.

Where did this story about Cher forcing Chastity into intense anti-gay therapy come from? Was that in either of Chastity’s books? I don't remember it but ABC news claims it was there. Why wouldn’t I have remembered that? I do remember Chastity being booted from the New York Penthouse – almost as if it had happened to me!

The ABC story also discusses the idea that Cher had several female trysts in the 70s. This seems vaguely familiar from the Cher/Chastity interview in the Advocate. I wish all my Cher mags weren’t molding in my parents basement as we speak. No way am I gonna ask mom to dig one out and mail it to me. Did I tell you my family greatly disapproves of my celebrity obsession? I hope no mysterious fire destroys my collection. I guess if it's true about shoes, it's true about storage: payless, get less.

Anyway, the story came from such pitiful sources: Newsbusters, Malaysian News (how did the Malaysians get the scoop?) and the quotes just seemed absurd. Cher saying they’d be “as big as The Osbournes.” I can’t picture Cher saying that or saying she saw herself and Chastity “like Ozzy and Sharon Osbourne, [not] afraid to have a rant at each other on camera,” or Cher plotting any bidding wars with TV stations (okay maybe she would do that last one).

I can’t picture either Cher or Chastity gung ho to share their private lives with TV Land. As public as America thinks Cher is – she’s not really that public. I just couldn’t see it. Unfortunately one gal blogger fell for the story and posted an angry rant about it on her blog: http://rjr10036.typepad.com/proceed_at_your_own_risk/2007/12/holy-crap.html

Then this week Robin Leach resurfaces, yammering on with more Vegas news: http://www.cherworld.com/news/?p=450

The news is good but why must we hear it from Robin Leach? I’m sorry; but I was forced to avoid too many Lives of the Rich and Famous shows in my wonder bread years.

According to Leach, Cher headlining in Vegas is not a dead deal and confirmation from Cher is just a breath away. According to him, here are the pertinent dates we should keep in mind so we can watch them pass on by.

Of course, there’s not a spec of information to be found on Cher.com, per usual. Not only is that site news-pointless but it’s a usability nightmare (and that’s my late reading of Prioritizing Web Usability talking). Her latest news is from the auction over a year ago. And that news itself takes forever to load. That site is what I like to call “style over style.”

In honor of the latest Vegas rumors: here is a clip of the Alive again remix.

Btw, I’m going to Paris myself. Not to pick out a grave but to finally get out of the USA at the ripe old age of 37. This is the first extended vacation I’ve ever been on for myself. I’m very excited and going to try to do a carnet de voyage with my bf.

As you mentioned about Cher.com, that official website is no longer up to date! They probably won't even post anything about Vegas once it is confirmed or denie!