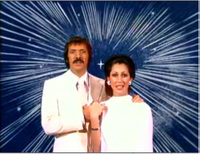 Have a good holiday! I am still moving...in the rain. Remember "It never rains in Southern California." Much more to say next year. Lots of videos to review! I couldn't find a Cher Christmas card this year but I did find this on YouTube: Cher singing "Walking in Memphis" in 1995 at The Caballe Family Christmas Dinner. I have no idea what that was or why it went down. All I know is I started to fantasize Cher singing "Walking in Memphis" at my dysfunctional family dinners. Would she stand in the Den by the antelope head? 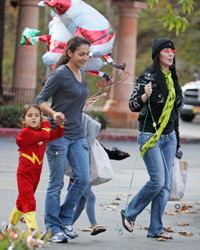 I also sent this out today as a virtual Christmas Card: Cher singing "One Tin Soldier" on The Sonny & Cher Comedy Hour. Sonny joins her at the end. My mother said that made her cry thinking about what once was.

Note Cher's December foot-ware as seen in Malibu via TMZ.com this week.  Don't try that in Poughkeepsie! (Good news: she looks quite healthy!) Happy holidays, my friends, and peace on earth!

There were reports last week that Cher was having stomach issues and being treated by a European specialist. This is, needless to say, very scary news for Cher fans to hear and this fan surely sends healthy thoughts and meditations to Cher and her family and friends. It's hard to gauge the seriousness from the vauge reports so we'll have to stay tuned. Hopefully, Cher is at home convalescing on an overstuffed beige bed such as pictured above.

I'll write more soon but am in the middle of a messy move at the moment. Our Venice landlords bought us out last week and we found a new place to live this week but not without three 8-hour days of searching, a 20-minute breakup with my boyfriend over the weekend, and my own stomach problems yesterday due to eating some old salsa in the refrigerator. Hey, I was just trying to clean it out. And if you think that will turn me off of salsa going forward, you have another thing coming.

But enough about me. This blog is really about Cher. ;-) Get well soon!

She's Been a Busy Bee There’s been tons of Cher news lately. Cher had a fender bender in LA and actually behaved well for a celebrity. She left a note with her llongtime assistant/friend’s name on it. I don’t know where the press figured she was trying to leave a pseudonym (a very hard word to spell, btw); it seemed to me she was just trying to expedite the contact-me process. Was she on her way to the Osbourne's auction preview??

Cher also successfully threw her first Cher Foundation charity shindig last week and all seemed to go well. Although no word yet on how much cashola was raised. Where is the Cher Foundation website already?

Cher reduced the price of her Palm Springs house which is for sale. Sign o the times.

And there were reports that Cher’s personal trainer Angie Best had her second hip operation.

And Cher also contributed a designed kite for charity for Participant Productions. "The proceeds will benefit the Afghanistan Relief Organization specifically for the training of teachers and the construction of rural libraries in Afghanistan." Read the Press Release. Cher’s kite is yellow. The auction ends December 15.

And Cher was also seen out shopping with Chastity. Getting cash out for the Osbourne's auction I suspect: some replacement hanging wall crosses maybe.

Sadness and How It Makes Me Soft on Elijah Blue 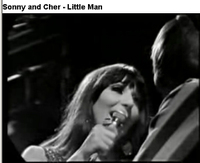 I’ve been steeped in sadness this last week over my move and sudden unexpected (and profoundly disappointing) interpersonal dysfunctions in relation to said move. I’ve been watching YouTube Cher videos to cheer up.

First , S&C singing Little Man – look at those hilarious earrings: are they fuzzy dice? I love how intimate S&C seem in this video, how even then Sonny is trying to fix Cher’s hair, his wacky suit and how in love and in sync they seem at this moment in time.

Cher sings Fire in Monte Carlo - I truly love how that dress moves. 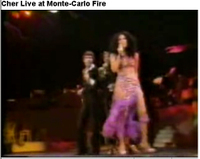 Watch what a bad job Sonny does lip syncing and his follow-up comments about being a better producer/writer than a singer – which is remarkably different from the interview he did as Cher’s guest on The Mike Douglas show in late 70s where they tell him he should continue producing and he says he wants to perform. I think he must have missed all the spot-light rigmarole and hullabaloo. 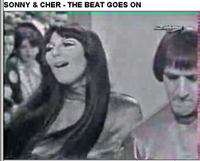 Next S&C sing The Beat Goes On – oh those hilariously animated French people. I love Cher’s hair swinging around in this one and her crazy hippie dancing.

Insane Cher wig alert! Cher is such a better lip sync-er than sonny. To prove what a sad state I’m in, I actually enjoyed this Elijah interview from earlier this year. I chalk it up to not being in my right mind. It still irks me that Elijah can’t give Cher artistic cred. I know its hard in comparison to his Dad (who has built-in-coolness) but it would be so truly antagonistic (since it’s his job to be an antagonist – which is an interesting idea) to give his mom some props beyond pop lite throw-off compliments.  Undercore is an interesting term, the constantly moving edge. I’m not sure I can connect it yet to what I’ve seen from Deadsy and I’m still uncomfortable with his critiques of women’s value and intelligence as he has not yet proven himself to be brilliant.

Here he is on Howard Stern late last year. I actually like Howard’s show, exactly because it takes the piss out of celebrity interviews and inverts the power structures of those interviews. We see Elijah shares the Cher trait of abbreviating names needlessly. Paris becomes Pare. It was also interesting (in a kind of icy way) hearing Elijah describe living in a Cher house, where there could be 50 people roaming around and you wouldn’t see anyone for days. That’s so fucking depressing. (I think that’s my moving stress talking). Elijah had good words for Cher’s boyfriends: Rob, Gene and Tom Cruise. Tom Cruise? I thought that was just a rumor. I feel all like Mrs. Spencer Tracy now. “Katharine Hepburn: I thought you were just a rumor.” Snap.

Posted at 02:12 PM in Music, Peripherals, Television, What This Really Says About Me | Permalink | Comments (0)