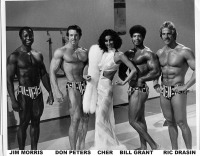 I’m gonna be sporadic with my blog postings in December. Which sucks because I have LOTS to talk about, a veritable backlog of Cher-chat to share. People have been sending me really good Cher stuff I must say: a critical USC analysis of the Bono marriage marketing plan and a DVD full of 60s S&C performances to discuss. But life happens. My ceramics class is ending (much to do) and I just found out I’ll need to move this month (due to rehabbing that will be done to our apartment building), plus I have company in town this weekend and Christmas on the horizon. But stay tuned.

Today I just want to say how disgusted I am with Entertainment Weekly and TV Land’s list of 100 Greatest TV Icons. The list is breathtakingly disorganized and illogical and Cher is ridiculously low in its rankings. At  the turn of the millennium, Cher ended up on many best-of entertainment lists. I felt her rankings were usually fair – even if they weren’t top 30. The fact that she made a music list here or there at all was a good sign of things to come. But on the television list, Cher should have been ranked much higher, in the top 50 at least. Entertainment Weekly and TV Land didn’t even bother to discuss the bottom 50 in the magazine or TV special. So annoying.

So that’s the atrocious list. Here is a sketch of my alternate rankings

Basically, the top 20 should be for the ultimate TV pioneers or those who symbolize a genre of television.

The 30-40 range can be reserved for celebrities who were iconic style figures, people who influenced fashion or TV style for a goodly time. Cher would fall toward the top of this range; Farrah to the bottom (as she was just a poster of good hair when all is said and done). I feel Cher conquered 70s television and for that she deserves to be ranked near Flip Wilson. I’d put her in the top 30 for sure. No kid in the 70s wasn’t enamored by Cher on TV at some point in the 70s: budding feminists, the toddler gay community, and aspiring baby divas.

Workhorses who excelled in more than one show should appear in the 50-75 range: Ted Danson, Heather Locklear, Ed Asner.

Odds and ends who we somehow love but really didn't display much discernible talent should fall in the 75-90 range: Ron Howard as Opie, Bob Denver as Gilligan.

Late breaking favorites should be relegated to the bottom because they may have promise but they haven’t exhibited longevity yet: James Gandolfini, Rosie O’Donnell. Ellen DeGeneres

Please, send me your thoughts.

Posted at 11:52 AM in Scholarship In Action, Television | Permalink | Comments (2)

Where is that picture from?